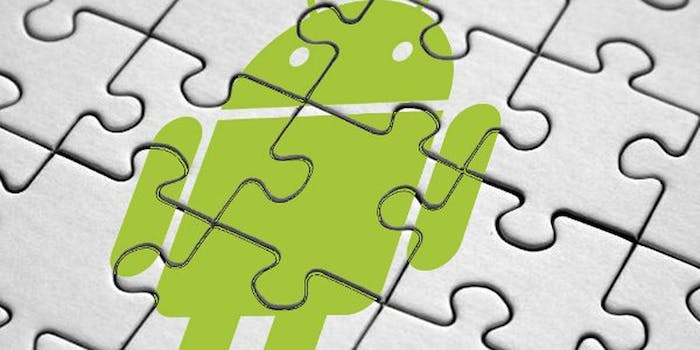 Android app warns you when developers collect your personal information

It's not just the U.S. government you have to look out for.

Since last June, there has been an avalanche of revelations about the U.S. government’s surveillance of citizens’ online activities and phone records. But perhaps the most unsettling discovery for everyday smartphone users is just how much information is being collected about them in the first place.

That fact served as the motivation for researchers who’ve just developed a new app, set to debut on the Android market in a coming months, that allows users to receive an unmistakably clear notification every time another app is compiling GPS data.

The as-yet-unnamed app will be the first of its kind for Android phones, notifying users when their location is being tracked without having to modify settings on their phones, a practice known as rooting.

Development of the app was led by Janne Lindqvist, an assistant professor at Rutgers University. According to the MIT Technology Review, the app is designed with an eye toward goading Google and app developers to be more transparent in their disclosure of data tracking, and to stop collecting so much information on users.

There’s evidence to suggest a demand for such a service. According to a Pew Research survey, nearly 20 percent of smartphone users have tried to disconnect location information from the apps, while 70 percent say they would like to know more about the location data being culled from their devices.

Presently, the Android interface includes a tiny icon to inform users of when their information is being tracked. Unfortunately, it’s not something that many users notice according to a field study conducted by Lindqvist. His app however would be hard not to notice, displaying a prominent banner along the top of the screen.

The app is being prepared for release in the Google Play store within the next two months.

Internet and smartphone users’ desire to know more about how their information is being being monitored has increased dramatically, ever since National Security Agency leaker Edward Snowden first went public with his revelations about government spying operations in June of last year. Snowden’s leaks have also been credited with an increase in the number of people accessing the Web through the anonymous, mostly-untraceable Tor network.