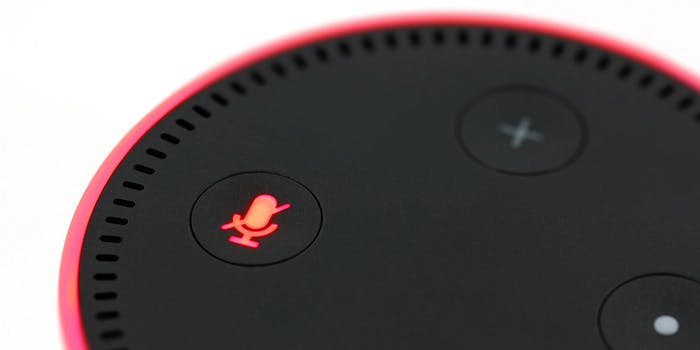 Some of your Amazon Echo data is being kept indefinitely, even after you delete it

The company argues that retaining some data is necessary for the Echo to function.

Tech giant Amazon admitted that some data gathered by its Echo voice assistant is retained indefinitely, even if a user attempts to delete it.

After it was discovered in May that Amazon held onto transcripts of users’ vocal commands even if they deleted their audio recordings, Sen. Chris Coons (D-Del.) penned an open letter to Amazon CEO Jeff Bezos seeking clarification on the company’s policy.

“While I am encouraged that Amazon allows users to delete audio recordings linked to their accounts, I am very concerned by reports that suggest that text transcriptions of these audio records are preserved indefinitely on Amazon’s servers, and users are not given the option to delete these text transcripts,” Coons wrote at the time.

Amazon responded to Coons’ inquiry last week and confirmed that the company retains both transcripts and voice recordings indefinitely unless manually deleted by users. In some cases though, deleting an audio file will not result in its transcript being removed.

When Echo users make purchases, for example, transcripts of those transactions are kept by Amazon even if the audio recording is deleted. The same policy applies to set reminders and alarms on the device.

“Customers would not want or expect deletion of the voice recording to delete the underlying data or prevent Alexa from performing the requested task,” Huseman wrote in the response to Coons.

“Amazon’s response leaves open the possibility that transcripts of user voice interactions with Alexa are not deleted from all of Amazon’s servers, even after a user has deleted a recording of his or her voice,” the senator wrote.

Coons also noted that it remains unclear what Echo data is shared with third parties “and how those third parties use and control that information.”

The Echo and other smart devices have repeatedly raised privacy concerns. In 2018, an Echo used by a family in Oregon recorded a private conversation and sent it to one of the family’s contacts without their knowledge.