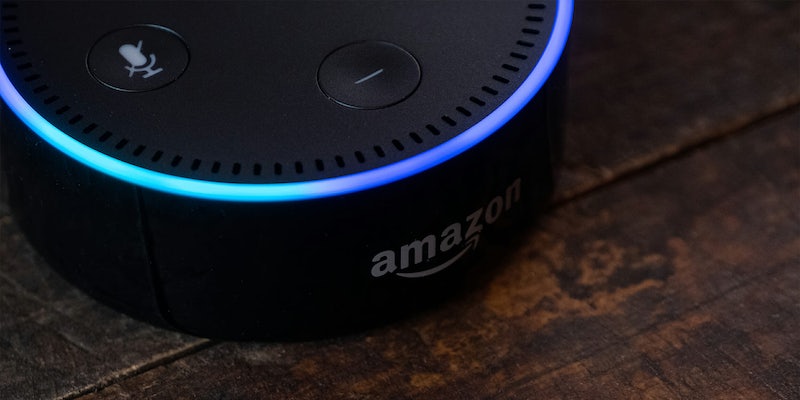 Amazon ordered to hand over Echo data for homicide case

Amazon has been ordered by a U.S. judge to turn over data from a customer’s Echo device as part of an investigation into a double homicide, TechCrunch reports.

The case surrounds two women in Farmington, New Hampshire, who were killed in January 2017 at a home with an Amazon Echo present.

Prosecutors argue in an order approving the search warrant that the device may hold pertinent information such as “audio recordings capturing the attack” and “any events that preceded or succeeded the attack.”

The warrant covers all information gathered by the Echo from Jan. 27 up until Jan. 29. Timothy Verrill, who has been charged with first-degree murder, has pled not guilty and is awaiting trial.

Aside from potential audio recordings, prosecutors are also seeking “information identifying any cellular devices that were linked to the smart speaker” during the time of the killings.

Although law enforcement seized the smart home assistant at the crime scene, the device’s data is stored on servers operated by Amazon.

It remains unknown whether Amazon has complied with the order.

In a statement to CNET this week, Amazon reiterated its policy on releasing Echo data when ordered to do so by government entities.

“Amazon will not release customer information without a valid and binding legal demand properly served on us,” an Amazon spokesperson said. “Amazon objects to overbroad or otherwise inappropriate demands as a matter of course.”

While Amazon has not released statistics on how often it receives requests for Echo data, the tech company has seen similar demands for high-profile criminal cases in the past.

Amazon declined in 2016 to give police in Arkansas recordings from an Echo that was also at the scene of a killing. The online retailer filed a formal motion to void the warrant, arguing their case on First Amendment grounds.

“At the heart of that First Amendment protection is the right to browse and purchase expressive materials anonymously, without fear of government discovery,” Amazon wrote.