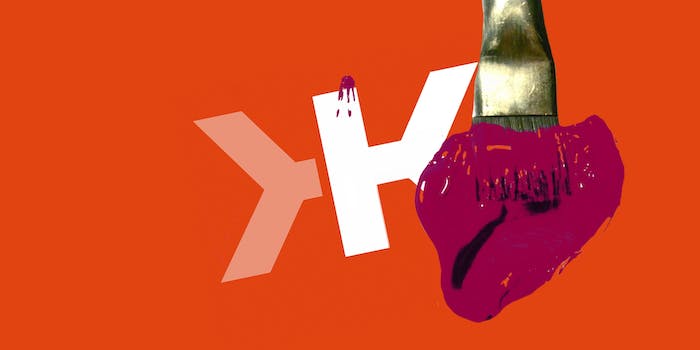 Klout just got its biggest perk of all: A $200 million buyout

Klout became famous/infamous for developing its “Klout score,” a number assigned to social media users that represents how influential they are on social media.

The service recently debuted a redesigned look that switched the emphasis of Klout away from its scoring system and onto the idea that it can be used as a content platform, but because Lithium provides insights to companies about how they are performing with consumers, I suspect Klout scores will remain an integral part of the company’s service under its new owner. Lithium plans to go public soon, and may use the recognizable cachet of delivering those scores to excite investors.

Nova Spivack, an entrepreneur who cofounded this website and was the first investor in Klout, is confident that the acquisition will benefit everyone involved with Klout and Lithium.

“Some people like to bash Klout, but in fact, it’s become an industry standard,” he wrote the Daily Dot. “Every social listening and analytics platform uses Klout scores to rate and filter information and influencers. So does practically every digital agency I know of.”

Spivack sees Klout as a great asset for Lithium. “The Klout score has become a widely used metric, and even though it has its skeptics, the skeptics are secretly annoyed because their Klout scores aren’t high enough. I think that shows the company succeeded in becoming a ubiquitous part of our online life. That’s a success story,” he wrote.

Klout scores have been mocked in the past for being inaccurate, but the company has revamped the algorithm over the years. It’s still far from a perfect measure of social influence, obviously, and it’s understandable why people think it’s silly. But it’s difficult to measure social influence, and Klout does it better than most. Since Lithium wants a way to quantify social influence, this deal makes a lot of sense. And while everyday Twitter users and Facebook fiends didn’t have a ton of practical use for Klout besides amassing perks and annoying people by telling them their score, a company like Lithium will be able to use the service to give clients the data analysis they can use to adjust ad campaigns or target audiences.