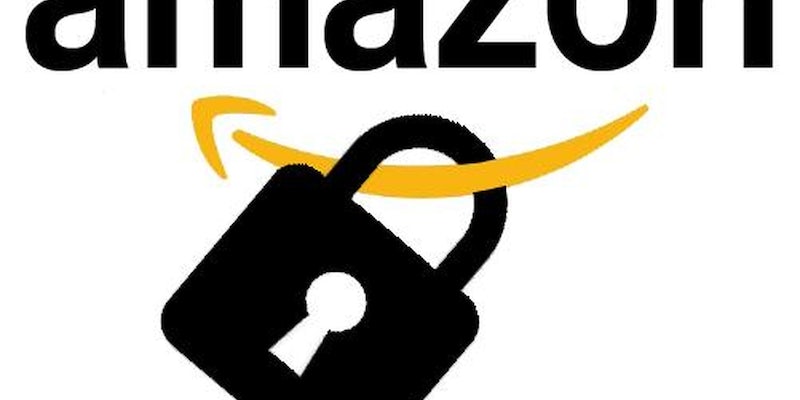 Sellers can never truely close their storefronts on Amazon, forcing them to compete against the retail giant's search engine optimization.

Small business owner Teri Noboa sold with Amazon for a short time in order to bring exposure to her shop, Childhood Way Boutique, a clothing store for kids with holiday fashions and gifts for baby showers. But that decision came with an unexpected price tag.

Two years after moving her shop to its own website, an empty Amazon storefront still cuts into her sales. Since Amazon has better search engine optimization (SEO) than the tiny Childhood Way Boutique, Noboa has some hefty competition—with her own products.

Noboa, who has spoken out against Amazon on her blog, explains the problem like this:

Childhood Way Boutique sells a baby product called the Fabien Red Snake Diaper Bag. If you’re looking to buy this bag, you might Google “Fabien Red Snake Diaper Bag.” Since Amazon has better SEO, its version of her bag shows up as the first result. While the Amazon version of the bag lists Childhood Way Boutique as the seller, that’s not actually true. If you buy the bag there, it comes from one of Noboa’s competitors, losing her another sale.

“Our store has been closed with them for two years now and if you google the name of my boutique Amazon links appear,” she said. “We have sold on Sears, eBay, and others, and if we ask them to close the merchant account, the links disappear from Google. So why not Amazon?”

She has a compelling theory: “They use your name to lure people into buying from them.”

For more than a decade, Amazon has carved out a niche for itself as the online shopping network for every niche: The arrow in the logo is supposed to imply that you can buy anything at Amazon from A to Z. Since making everything available would be an impossible task even for the retail giant, Amazon has a Pro Merchant program for small businesses.

In return for padding the enormous marketplace with even more wares, sellers get to ride the coattails of Amazon’s SEO. While the relationship seems symbiotic, the trouble occurs when sellers attempt to leave Amazon. When that happens, for whatever reason, Pro Merchants’ empty storefronts remain open. So while their products are no longer available, they continue to be searchable. Amazon lists such items as “currently unavailable,” as if they could be back in stock any minute.

A search on Amazon for “We don’t know when or if this item will be back in stock.” shows hundreds of thousands of products.

This is what happened to Richard Sexton, president and founder of online furniture store Carolina Rustica. Sexton told Internet Retailer he stopped selling on Amazon because he couldn’t control the way his products appeared on the site.

Now, however, Sexton has to compete with the ghost of his own Amazon storefront. Due to the online retailer’s SEO dominance, a Google search for any Carolina Rustica product, like this Iron Artistica Scroll Rack, leads with Amazon as the first two results. Shoppers who click on one of the first two links likely assume the rack isn’t in stock at Carolina Rustica—inspiring potential patrons to potentially browse or purchase a product from one of Sexton’s competitors on Amazon.

Noboa and Sexton aren’t the only small business owners struggling with this issue.

Dani, a jewelry seller who runs 47stcloseouts.com and asked that we not use his last name, stopped selling on Amazon about two years ago due to “disputes about product shipping.” Not only is his empty storefront still active, but all of his products, like this blue diamond ring, still appear in Amazon’s search, despite being listed as “unavailable.”

The painful irony, of course, is that the ring is readily available—just not from Amazon. Yet, Amazon’s “unavailable” listing is the first result in a Google search for the product (Dani is number three), leading potential customers to believe its out of stock and to take their business elsewhere. Dani said he was shocked to learn Amazon had never taken it down.

“I’ve heard about many others, not just jewelers, where Amazon bans them from selling on the site and still keeps their products up as ‘not available,’” he told the Daily Dot. “They’re getting customers with our products, not linking to the available products on our sites, and then selling them Amazon products.”

According to one former seller, Amazon may be physically unable to remove pulled items. A seller who spoke to the Daily Dot anonymously told us that her former presence on Amazon hurt her current business significantly. She shared emails with us between herself and Amazon customer support, one in which an employee agreed to remove her images and another in which a second employee said Amazon’s Content Management System wasn’t able to do so.

“I had almost a thousand products on Amazon,” she said.

“They’re still there, images and all. It’s right there in black and white. Amazon will not remove the products. They have no code for it? You don’t need code to remove anything. You simply delete. What happened when the pedophile on Amazon was selling his how-to book? Amazon removed it fast.”

Amazon did not respond to multiple requests for comment.

Jeremy Bencken, an SEO expert, told us that former Amazon sellers do have tools at their disposal—if they were smart enough not to forfeit copyright on their images and descriptions. Even if Amazon will not take the pages down from their CMS, affected sellers could make a case to Google to remove the items from searches.

“[W]ithout that content, all you have are pages with keywords and no content,” he said. “At that point, you might be able to report the pages to Google as being misleading since the product isn’t actually available and there’s no content.”

What Bencken didn’t know, however, is that Amazon sellers forfeit that copyright as soon as they sign up. According to Amazon’s Participation Agreement—a binding, 15,000-word contract—sellers give Amazon the ability to exploit their images and descriptions in any manner the company likes:

“You grant us a royalty-free, non-exclusive, worldwide, perpetual, irrevocable right and license to use, reproduce, perform, display, distribute, adapt, modify, re-format, create derivative works of, and otherwise commercially or non-commercially exploit in any manner, any and all of Your Materials, and to sublicense the foregoing rights to our affiliates and operators of Amazon Associated Properties.”

The agreement does add, however, that Amazon will “will comply with your removal requests as to specific uses of Your Trademarks,” though not with removal requests that do not include a trademark, like product shots that don’t have watermarks.

You could argue sellers ought to read Amazon’s agreement more clearly, but that’s just adding insult to injury. Even when sellers like Dani and Noboa show up just a few spaces below Amazon in a Google search, they face harsh consequences. Bencken explains:

“There have been several studies that try to quantify the difference between a #3 and #2 ranking,” Benchken explained. “If Amazon ranks #1 for my name, and I rank #2, then Amazon is getting 3X more traffic than more. Of course, this might not be true for branded searches, but as a broad average, it’s a good guide.”

Bencken recommends sellers combat Amazon’s search engine optimization by doing some optimization of their own. He suggests that sellers link back and forth with other sellers online to strengthen their reputations, shorten their URLs, and most importantly, register their own domains.

“I’d pretty much guarantee that if Childhood Way made the following changes, they would outrank Amazon,” Bencken said.

Amazon may have the advantage, but it won’t be impossible for sellers like Noboa to return to their pre-Amazon sales counts. The question that remains, though, is why they should have to work so hard to get back to that point at all.