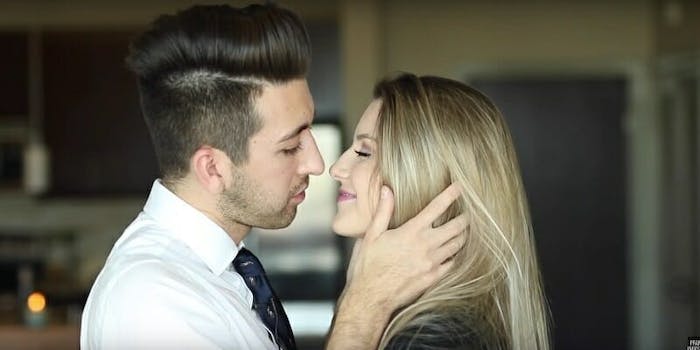 Logan Paul isn’t the only controversial YouTube star who posts inappropriate videos that make his fans love him but enrage just about everybody else. The conversation has simply centered around him for the past three weeks after he posted and then deleted a video from a Japanese “suicide forest” where he came across a dead body. Paul immediately apologized for the stunt but was ultimately pulled from the Google Preferred program, likely causing him a huge reduction in his YouTube earnings.

In the process, Paul exposed an ugly truth about YouTube: Some of its most popular creators—the ones who wield channels with millions of views, mostly driven by impressionable teens and tweens—are problematic and less-than-ideal role models.

In no particular order, here are six giant and wildly popular YouTube channels that also happen to be awful. Whether it’s because the pranks they’re showing are stupid, unfunny, and dangerous, or because their hosts can’t stop making racist comments, these YouTube channels will make you wonder why somebody hasn’t putten us out of our misery and shut down the entire site.

If you know Logan Paul, you almost certainly know his younger brother, Jake. And if you don’t enjoy Logan, you almost certainly will not like Jake. The single “It’s Everyday, Bro,” is the third-most disliked video on YouTube with 3 million people clicking the “thumbs down” link—he’s far behind Justin Bieber’s “Baby” video (an almost unreal 8 million dislikes) but in front of such luminaries as PewDiePie, Rebecca Black’s “Friday” video, and “Despacito.” He’s also faced criticism for racism and for clickbait-y content. Mostly, he’s just obnoxious. And if you think you might learn how to be a social media superstar through Paul’s Edfluence online course, you’ll be sorely mistaken.

It’s not exactly what you’d expect from a YouTube channel called Prank Invasion. It’s basically just a dude named Chris who makes videos that revolve around getting supposedly random girls to kiss him. He’s been accused of staging these videos with paid actresses, and even if that’s not true, his videos come off as exploitive and creepy. If YouTube has a “creep problem,” Chris is almost certainly the face (and lips) of it. (For what it’s worth, another YouTuber used Chris’ exact pick-up games and trying them out for himself to no avail.) Watching pick-up artists ply their trade can be a popular venture. After all, The Game, a book about a writer who entered the world of pick-up artists, was a New York Times bestseller, and VH1 later made a reality show centered on one of the characters in the book. If you’re a 12-year-old who’s never kissed anybody, Prank Invasion is probably great content, which is exactly why it’s so problematic.

Joey Salads, whose real name is Joseph Saladino, grew up in Staten Island and moved to Los Angeles to become a social media personality. He fashions himself a man who makes social experiments. Others, though, label his videos as hoax-filled and dangerous. In his most notorious video, “Terrorism, RADICAL Islam vs RADICAL Christianity (Social Experiment),” a man dressed in traditional Islamic attire dropped small metal boxes in front of pedestrians, shouted”Allahu Akbar,” and then ran away. Considering it was posted a day after the Orlando nightclub shooting, Joey Salads was the target of plenty of online outrage. Other videos he’s posted have shown how easy it is to abduct children at a playground and have shown a number of Black men destroying a car adorned with a Donald Trump sticker, content that’s been criticized for using misleading statistics and for causing more harm than good.

Felix Kjellberg, aka PewDiePie, is no stranger to self-inflicted storms. He’s the biggest YouTube star in the world and makes millions of dollars, but he’s also subjected his followers to anti-Semitism—which led to Disney cutting ties with him—and racism. PewDiePie hails from Sweden, and he became popular because of his profane live commentary while gaming and his interactions with fans. While he’s apologized for each of his misdeeds, for many those apologies ring hollow. But if you want some perspective on how far Logan Paul has fallen in the past several weeks, even PewDiePie is roasting him.

He’s been called a “rape apologist” and a slut-shamer, he feuds with other YouTubers, and he’s been criticized for how he treats his girlfriends. Onision, whose real name is Greg Jackson, has come under controversy for showing videos of what he says are dead babies and fetuses and for apparently killing his pet turtle. As the Kernel wrote in a 2013 article titled “YouTube’s Most Troubled Star,” Onision, as a teen, “created a cult-like organization called ‘Sicesca.’ The archived Sicesca website promises members of the organization that they will discover the answers to human existence in the group’s literature. Friends of Onision claim that he still practices the set of beliefs he created as a child and that he once tried to legally change his name to ‘Sicesca.'” That may be in the past, but his videos these days are just as obnoxious and irritating as they were nine years ago when he first struck YouTube gold with a truly terrible song about being a banana (more than 60 million views as of this writing).

If you watch one of his videos, it’s almost hard to believe iDubbbz, whose real name is Ian Carter, is a man in his mid-20s. His mannerisms and sense of humor suggest he’s more like a 16-year-old kid who’s slightly less mature than the rest of his buddies. iDubbbz is most famously known for his Content Cop videos, where he spends 20-30 minutes criticizing a specific content creator. Those videos aren’t necessarily the problem. The bigger issue is that he tends to get into racist feuds with other YouTubers. He clashed with Tana Mongeau last February after both used the N-word, a feud that culminated when iDubbbz posed with Mongeau for a photo at a meet-and-greet and, with an arm around her shoulder, said, “Say n****r” with a thumbs-up. Last October, he beefed with fellow YouTube star RiceGum, using a mocking Asian accent, more racially charged language, and calling RiceGum gay.