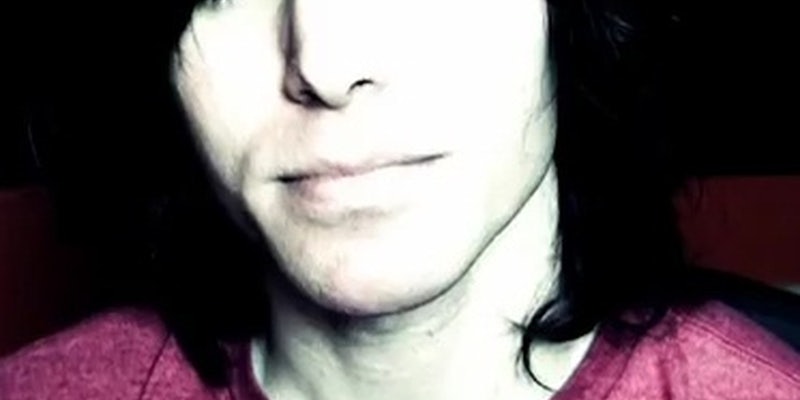 The video site's community is up in arms over popular YouTuber Onision's comments about forced sex with women he calls "sluts." Will he get banned?

Gregory J, aka Onision, a 26-year-old YouTube celebrity known for his militant vegetarianism, sex appeal, comedic skits, and controversial views on topics like circumcision, has found himself in a rather precarious situation over his comments about an even more controversial topic: rape.

A six-year member of the site, Onision enjoys a large fan base of roughly one million subscribers comprised mostly of teenage girls. A long-time YouTuber, he is no stranger to critics, or as he calls them, “haters.” The Urban Dictionary entry on Onision, for instance, calls him “a liar,” “hypocrite,” “cult leader” and “sociopath” who “physically, mentally, and verbally abuses his girlfriends/fiances/wives.”

Over the past few weeks, however, his “haters” have organized in a way they’ve never done before. They’re not only making vlogs (video logs) speaking out against him, but are also signing petitions calling for his YouTube partnership to be revoked.

This week, they succeeded in banning him from the esteemed annual unofficial YouTuber conference known as VidCon.

A series of videos Onision uploaded two weeks ago caught the attention of the YouTube community beyond Onision’s core audience of “haters,” or as I like to call them, the self-appointed “Onision Watchdog Group.”  Onision is well known for using his YouTube platform to publicly humiliate his ex-girlfriends (and even his ex-wife), and the latest videos are no exception.

One video, which appears to have caused the most damage to his YouTube career, is a typical Onision ex-girlfriend/wife lashing. He has made several spiteful videos about this particular ex-girlfriend over the past several months. But this time he notched it up with inflammatory  comments about “rape” and “sluts.”

Onision states that because his ex-girlfriend slept with more than 20 people before she was with him, she is a “slut” and therefore cannot be raped. “That’s really funny,” he says over his ex-girlfriend’s statement that she felt forced to have sex with him. “That’s funny, coming from someone that has slept with over 20 people,” someone who is a “slut.”

Outraged YouTubers, including those who have been raped, have taken to calling him a “rape apologist” and a “Slut Shamer.”  Others are calling for Onision to be removed from the site, because “YouTube deserves better.”

“Divinity,” 39, who normally makes videos advocating rights for sex workers and raising awareness about sex trafficking, was so outraged, she made a 9 minute video to Onision, titled “Sluts say THIS you arrogant little shit!”

Her video is one of the most popular out of the 60+ videos made in response to Onision’s “rape apologist/ slut shamer” video, collecting more than 13,000 views.

In it, Divinity describes Onision’s “abuse” of the YouTube site as a way to “hand out Scarlett letters,” and compares him to “Herman Cain,” saying Onision protests “too much,” by “calling the women that accused him of sexual assault, disturbed …even promiscuous.”

In the video’s description, she links to a petition, as do most of the other 60+ videos about the subject. The petition was actually started last year due to a different Onision matter regarding falsehoods and the spread of misinformation, but goals are the same: to have the community flag Onision’s inappropriate videos, unsubscribe, and pressure Google to revoke Onision’s YouTube partnership.

One blogger in the Onision Watchdog Group, in a post titled Stand Against Onision’s Hateful Behavior writes: “He should be ashamed of his actions and he should not be profiting off of manipulating minors into following his dangerous and despicable opinions.”

According to VidStatsX, a YouTube data monitoring site, Onision lost 24,000 subscribers in the days after the “rape apologist/ slut-shamer” video was uploaded, a dip impossible to ignore. To date, however, fewer than 3,000 people have signed the petition.

Onision has since tried to apologize to the community in video form multiple times, but it seems to be doing more harm than good. In one upload, titled “My Foolish Words,”  Onision states he said some things in prior videos that if “quoted out of context makes me look very, very bad.”

In another video uploaded yesterday titled “Rape Apologists,” Onision goes into detail on what it would be like to be raped, despite not having been raped himself.

The “Rape Apologists” video angered the ex-girlfriend Onision has been trashing for months via video, including in his “rape apologist/ slut-shamer” video. She wrote about the matter in a public post on Google+. She says she’s a rape survivor and has accused Onision of being insensitive and of actually forcing her to do things against her will, although she’s not specific.

In the post, the ex-girlfriend wrote that Onision had “painted” her as “damaged goods” in front of “hundreds of thousands of people,” by saying disparaging things about her on his YouTube channel. She said he bullied her online and “calls me horribly offensive names.”

She had these words for him:

“I find it absolutely appalling that a lot of what you described with your attempted perception of what it’s like to be raped is very similar to things you did to me during our brief time together, yet you pretend to have empathy for the victims of these horrifying crimes. You do this while simultaneously degrading me and defaming my character with claims of things that are either out of my control or things that do not concern you, nor should be the topic of your YouTube videos.”

The Onision drama reached a fever pitch Friday regarding his attendance at the VidCon conference.

On Friday, Onision posted on his Facebook that he was banned from VidCon, in response to an email campaign from his “haters.” Onision took to YouTube to talk about his haters, whom he believed were masquerading as “concerned parents” contacting VidCon. He said the ban would censor him and violate his free speech (although there’s no Constitutional amendment to be able to speak at conferences.)

On Monday, he reported on his Facebook page that he  would, in fact, be attending the conference. That upset the Onision Watchdog Group, and others. By Tuesday, Onision posted an email on his Facebook page written by Hank Green, one of the vlog brothers and VidCon co-founders, saying Onision’s  presence was not welcome.

He specifically said they’d reneged Onision’s admission because they were concerned his attendance would create “a hostile environment,” and Onision’s “safety” could be at risk.

There have been no instances of Onision, or his fans being physically attacked.

However, today one girl who had spoken out against Onision a few weeks ago in a video saying she was raped and complaining about Onision, said she was attacked by an Onision fan on her way to class because of that video. (Onision has made calls in the past for his fans to harass his exes, and his haters.) We could not confirm that the attack actually happened.

Is this the hostile environment the VidCon organizers are fearing?

When I reached out to Nancy Willard, the creator of the Center for Responsible Internet Use and author of Cyber Savvy: Embracing Digital Safety and Civility for a comment, she was appalled that YouTube had yet to revoke Onision’s partnership.

“YouTube needs to enforce community standards,” she said in a phone interview, before emailing me YouTube’s community guidelines, which state:

Things like predatory behavior, stalking, threats, harassment, intimidation, invading privacy, revealing other people’s personal information, and inciting others to commit violent acts or to violate the Terms of Use are taken very seriously. Anyone caught doing these things may be permanently banned from YouTube.”

“[Onision’s] videos violate these standards,” Willard wrote in an email to the Daily Dot, adding
“I hope you can get to someone at YouTube who can explain how this person is allowed to have a channel – posting this kind of material.”

Willard praised the YouTube community’s efforts so far, saying in a phone interview “the fact that teenagers are leading this type of protest, is dynamite.”

As for the censorship, or freedom of speech debate, Willard was quick to point out the First Amendment does not hold up against “defamation of character, invasion of privacy, false light, and intentional inflictions of emotional distress,” all terms Onision’s victims can use (and have mentioned) should they wish to pursue legal action.

Onision has said in recent videos that he might have borderline personality disorder, and in his most recent video about the VidCon banning uploaded today, talked about a scene in the movie Gattaca where an actor kills himself. If Onision does in fact have borderline personality disorder, it is all the more reason for him to leave YouTube until he has received professional help.