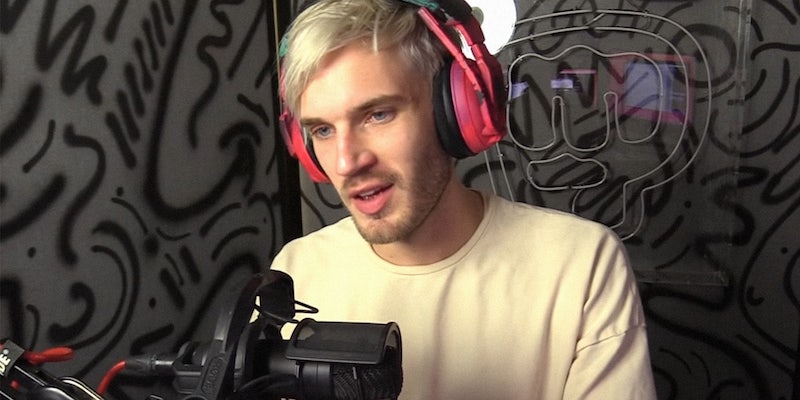 He made 9 videos since August featuring anti-Semitic or Nazi imagery.

Disney, which owns the online video network Maker Studios, is cutting ties with one of its biggest stars after it was made aware of nine videos with Nazi imagery and anti-Semitic jokes.

Felix Kjellberg, the Swedish YouTuber known as PewDiePie, has more than 53 million subscribers. His videos regularly received millions of views; he was reportedly the highest-paid YouTube creator with a series on YouTube Red; and he had been with Maker Studios since 2012, which was acquired by Disney in 2014. At Maker, PewDiePie had his own network called Revelmode to make original content about gaming and pop culture. He also had editorial independence on his channel.

In recent months, however, PewDiePie has been surrounded by controversy after he posted (and later deleted) an anti-Semitic prank to his channel, which showed two Indian men he hired on Fiverr to hold up a sign stating “Death to All Jews.” He later said in a follow-up video that the prank was a joke, noting that “Context fucking matters” and that people need to separate jokes and things that are problematic.

Despite his insistence that he was joking, some members of the alt-right, a loosely organized group of white supremacists, believe that PewDiePie is actually a white nationalist and some have applauded him for introducing “his supposed far-right ideologies to his massive audience.”

According to the Wall Street Journal, PewDiePie had posted nine videos since August that contained anti-Semitic jokes or Nazi imagery. Three of them—all released in January 2017—have since been deleted, including the video with the anti-Semitic sign.

Other videos from PewDiePie contain Nazi imagery. One video used a photograph of Hitler as a segue while PewDiePie wore a “Make America Great Again” hat. Others videos posted by PewDiePie contained video and voice overs from Adolf Hitler as well as the Nazi anthem. Multiple videos featured the swastika, some of which were drawn by fans.

When contacted by the Wall Street Journal, Disney announced that it would be severing ties with PewDiePie.

“Although Felix has created a following by being provocative and irreverent, he clearly went too far in this case and the resulting videos are inappropriate,” a Maker Studios spokeswoman told the Wall Street Journal.

While PewDiePie didn’t respond to the Wall Street Journal’s request for comment (and deleted those three videos after those requests), he published a post to Tumblr on Sunday in order to “clear some things up,” addressing those who have suggested he’s “giving credibility to the anti-Semitic movement.”

I think it’s important to say something and I want to make one thing clear: I am in no way supporting any kind of hateful attitudes.

I make videos for my audience. I think of the content that I create as entertainment, and not a place for any serious political commentary. I know my audience understand that and that is why they come to my channel. Though this was not my intention, I understand that these jokes were ultimately offensive.

As laughable as it is to believe that I might actually endorse these people, to anyone unsure on my standpoint regarding hate-based groups: No, I don’t support these people in any way.

The fallout from PewDiePie’s anti-Semitic videos extends beyond Disney. A YouTube spokesperson confirmed to the Verge that PewDiePie’s YouTube Red series, Scare PewDiePie, has been canceled. He will also no longer be a part of Google Preferred, which gave advertisers access to the site’s top creators to buy packages and advertise in front of their channels.