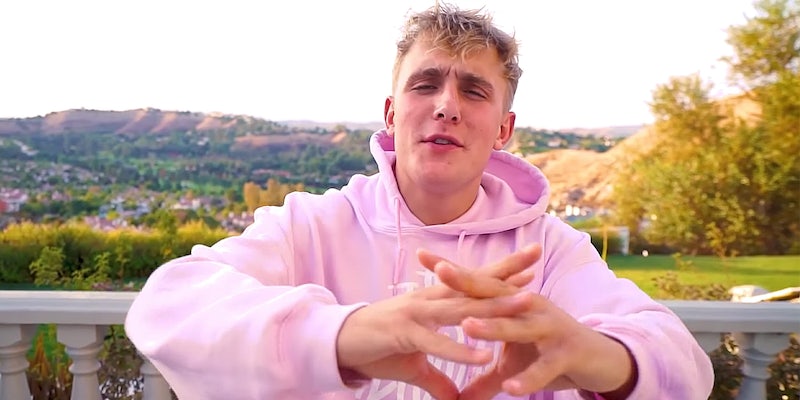 This video comes after his brother Logan's controversial video featuring a corpse.

An eight-month-old video of YouTuber Jake Paul saying the N-word in a freestyle rap surfaced online as his older brother Logan faces increased scrutiny after uploading a YouTube video that showed a man’s corpse.

The video was filmed last April during Coachella, TMZ—which posted the video—reported. In it, Paul is performing a freestyle rap to Rae Sremmurd’s “Throw Sum Mo,” and in the 49-second clip you can hear Paul say the N-word twice. The first time is off-camera as the person filming walks closer to Paul and his friends. The second time you can see Paul saying the N-word on-camera.

According to TMZ, Paul, 20, isn’t racist and “has matured a lot since this video was shot.”

It’s not the first controversy for Paul, who received backlash from viewers earlier this week for posting an NSFW thumbnail in a video originally titled “I Lost My Virginity.” And it’s the latest controversy for the Paul brothers: Paul’s brother Logan has received near non-stop criticism and outrage after featuring a dead body in a recent video, and his two apologies have received even more backlash, leading Logan to take a break from vlogging.