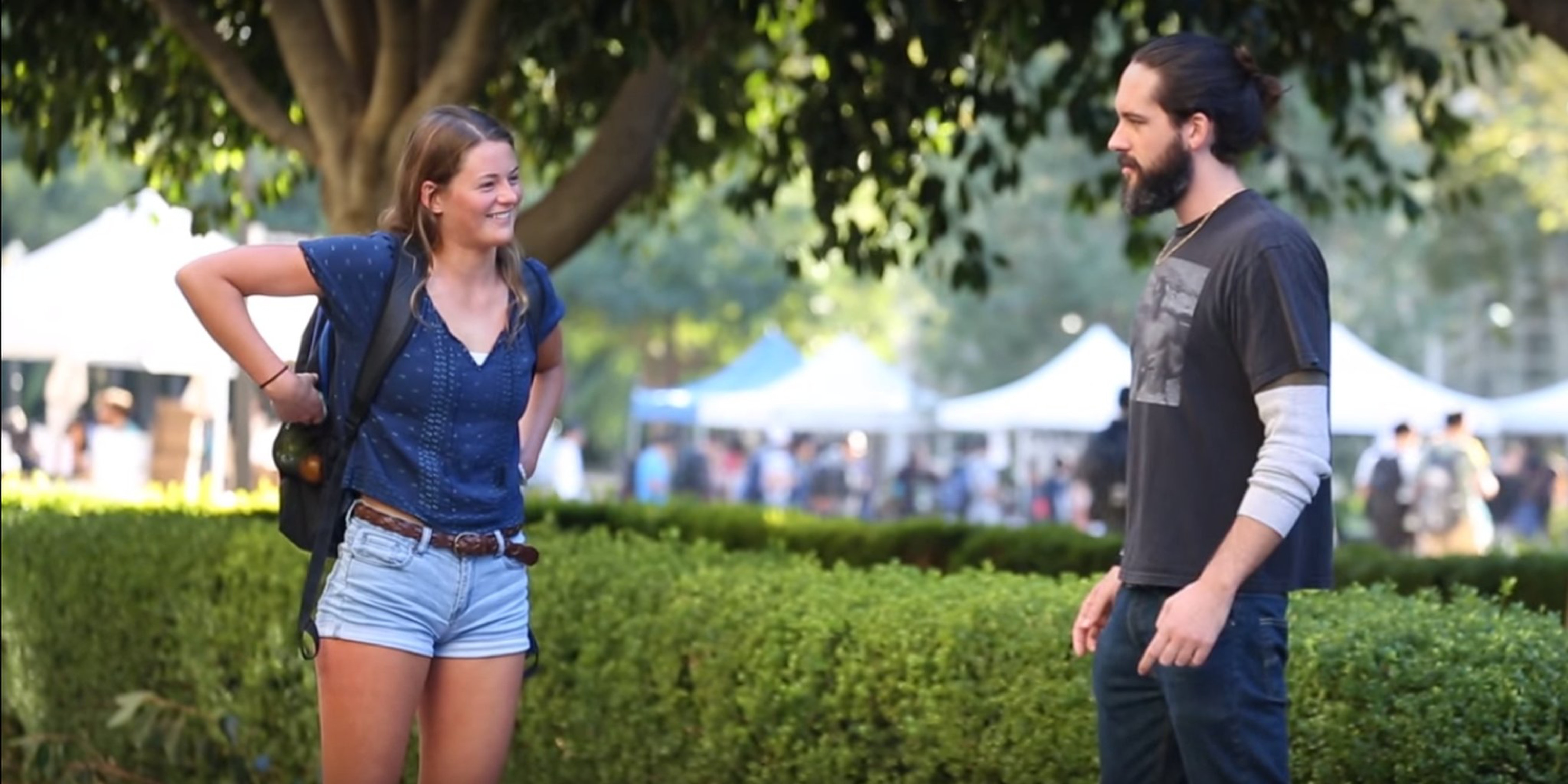 Shockingly enough, women have no interest in kissing some random guy on camera for a YouTube prank.

The YouTube channel PrankInvasion is massively popular thanks to its pick-up-artist “prank” videos, most of which involve the host approaching attractive women in public and getting them to kiss him or give him their number.

Because several of the videos involve him pretending to be homeless or getting girls in bikinis to kiss him on camera, they sometimes feel a little…implausible. Or downright fake. So, to test PrankInvasion’s pick-up techniques, YouTube user Luke Donahue made a kissing prank video of his own.

Donahue approached random women, asking them if they wanted to play rock-paper-scissors. The prize was a kiss, as per PrankInvasion’s specialty. Shockingly enough, none of those women seemed interested.

There are a few possible explanations for Donahue’s failure.

Maybe Chris from PrankInvasion is so wildly charismatic that women just jump at the chance to kiss him whenever he shows up. Maybe PrankInvasion exists in an alternate universe where women are totally psyched to have random men ask them for a kiss on camera. Or maybe all of PrankInvasion’s videos are totally staged, and the joke is on Chris’s gullible audience. Who knows!