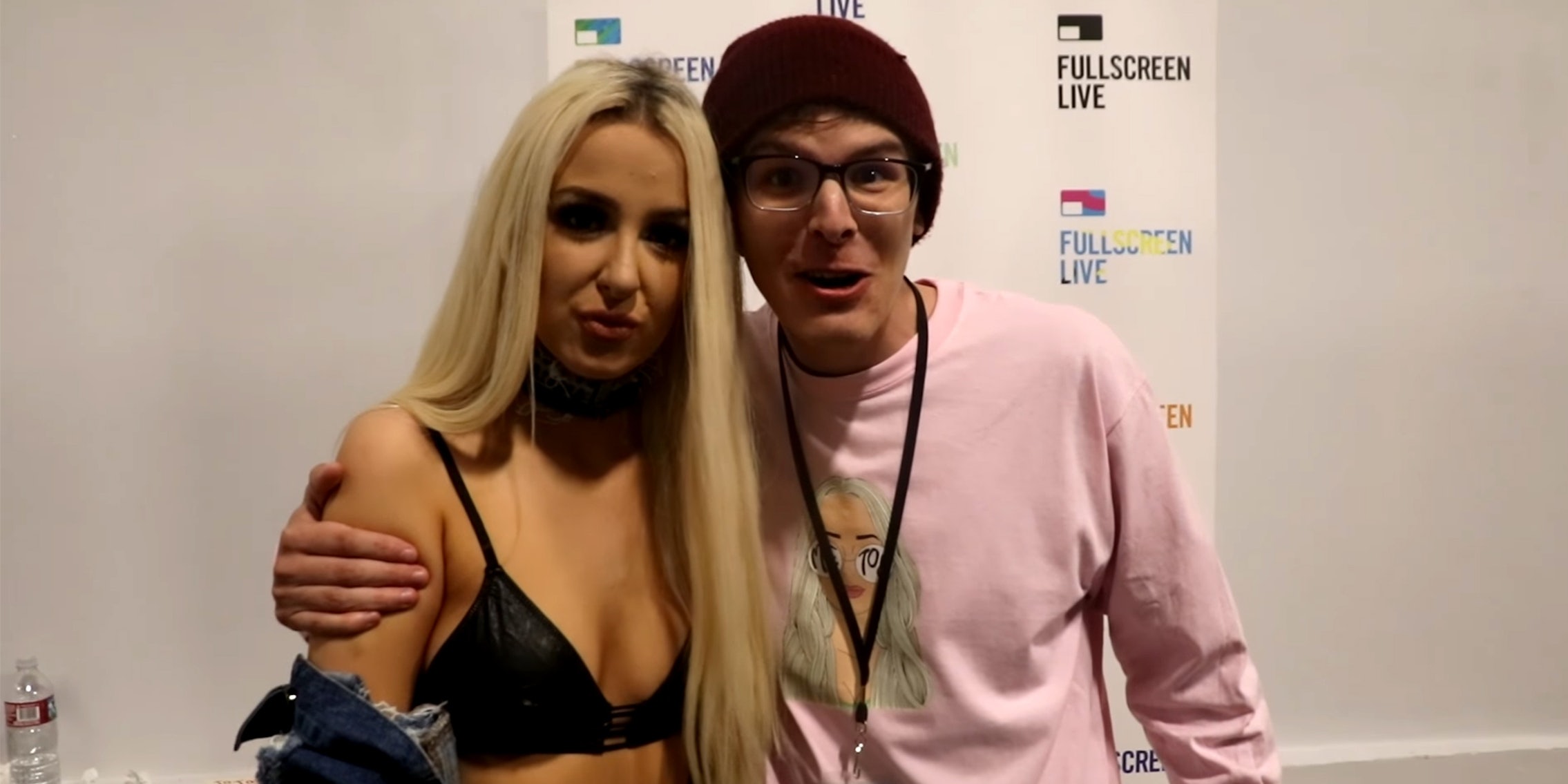 The disturbing beef between Tana Mongeau and iDubbbz.

Social media star Tana Mongeau was forced into giving a public apology this week after a YouTube comic, known as iDubbbz, called to attention her use of the N-word during a VIP meet-and-greet in San Francisco.

The heat all started with Mongeau—famous for her “storytime” videos— tweeting at iDubbbz, whose real name is Ian Carter: “So 3 million ppl subscribe to u and u openly say the n-word and retard???? Kill yourself.” iDubbbz said the word in an offensive manner, repeatedly, in one of his YouTube videos published December 2015. It got nearly 230,000 views. After being scorned by Mongeau, iDubbbz decided to hit her back twice as hard—under the charge of hypocrisy.

Several videos then surfaced of Mongeau, from her various social media accounts like Snapchat, as evidence that she uses the word herself, yelling, “You fucking nigger,” and tweeting, “I’m [on my way] to my pet nigger’s house.” A compilation was created by iDubbbz and posted to his YouTube channel, which has over 3.5 million subscribers, under the title “Content Cop–Tana Mongeau.” It quickly received 4.2 million views and 733,000 likes since it went live on Monday.

Back on Jan. 21, iDubbbz decided to confront Mongeau with this information by trolling her during a meet-and-greet. When the time came to pose with the YouTuber for a picture, iDubbbz came up to Mongeau, tossed an arm around her shoulder, gave a cheesy grin, and said “Say nigger!” with a thumbs-up, to which Mongeau gave a disgusted look and crept away; iDubbbz was then promptly escorted off the premises by security. All of this was recorded by a friend of iDubbbz, and was later uploaded to his YouTube channel, again gaining over a million views in a few short hours.

Mongeau released a few YouTube videos since the incident, one just three days later, trying to explain to her viewers what happened. She even cries in one, claiming she was scared for her life. She exaggerates the incident, saying iDubbbz had her in a chokehold and fought her tour managers on his way out.

But most viewers remain unsatisfied, and are demanding an apology.

With all the increasing pressure, Mongeau has taken to Twitter: “i [sic] love you guys. but i have made a lot of mistakes, and the right thing to do is own up to them, and move on. an APOLOGY will be coming soon.

“I’ve [sic] made so many mistakes and even at 18, i’m still trying to learn. i intend on owning up to everything, and hoping you’ll forgive me,” she says in another tweet.

Mongeau and iDubbbz did not respond to requests for comment.