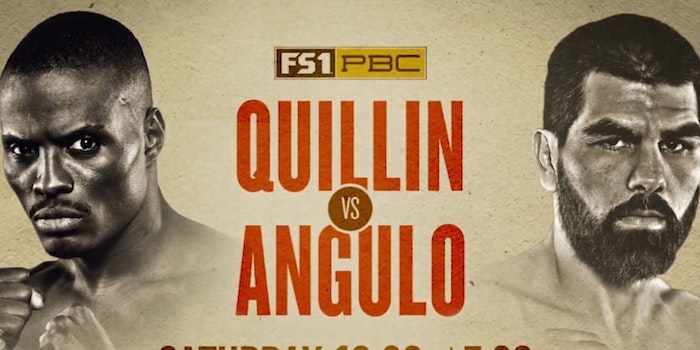 How to stream Peter ‘Kid Chocolate’ Quillin vs. Alfredo Angulo

Can Kid Chocolate return to the title picture?

If Peter Quillin had fought Alfredo Angulo a half-decade ago, it could have been one of the most exciting fights of the year. Both have power, Angulo has toughness, and Quillin has plenty of skills. But instead of a potential fight of the year candidate, Saturday night’s Quillin vs. Angulo contest, which you can live stream on FS1, should serve as more of a showcase for Quillin.

After getting knocked out in the first round by Daniel Jacobs for a middleweight title in 2015, Quillin continues on the comeback trail, trying to get back to elite boxer status. And though Angulo is well past his prime and probably washed-up for good, it’s possible he could give Quillin a good test (if that’s the case, though, that’s probably a bad sign for Quillin).

Here’s everything you need to know to stream the Quillin vs. Angulo match on FS1. 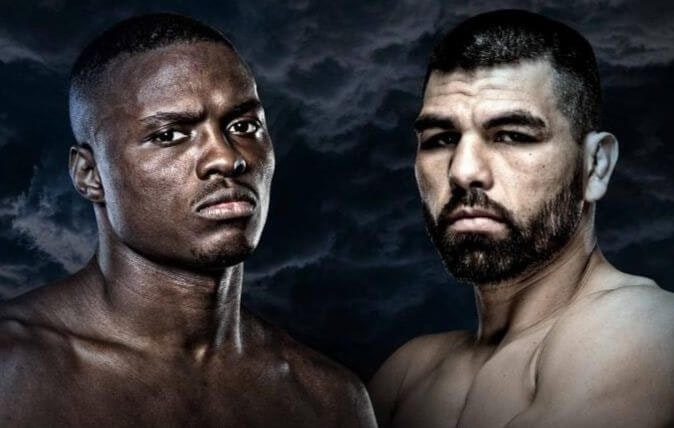 Peter Quillin vs. Alfredo Angulo: How to stream on FS1

All of the major live TV streaming services host FS1 programming, and all offer a one-week free trial. That means if you’ve never subscribed to one of those streaming platforms, you can watch Quillin vs. Angulo without paying a nickel. We’ve highlighted some of the best live streaming options below.

Aside from all the services highlighted below, you can stream the fight via the Fox Sports app in either English or Spanish. You can also watch it on your computer’s desktop via FoxSports.com.

With Sling TV, you can choose à la carte channel packages, meaning you have the choice for how much you want to pay (between $25 and $40) for the channels you receive. To get FS1 to watch Quillin vs. Angulo, you’d need either the Sling Blue or the Sling Orange + Blue packages. Sling TV is also currently offering a deal where you can subscribe for 40% off the regular price for the first month of your subscription. Here’s a complete guide to Sling TV channels and our Sling TV review.

If you love international sports, especially soccer, FuboTV could be the best option for you. FuboTV continues to improve itself with new sports coverage, and it continues to have some of the best local TV coverage of any other streaming service. Here’s the complete FuboTV channels list.

If you want the ability to watch TV and movies on demand and stream live TV, Hulu is the service for you. This is a great way for people to catch up on all the shows they missed when they were originally broadcast on network TV, while also having the ability to stream live boxing. Here’s the complete list of Hulu Live TV channels.

PlayStation Vue’s $44.99-per-month Access package includes both FS1 and FS2, so you can easily stream Quillin vs. Angulo, along with FX, CNN, AMC, ESPN, and more. PlayStation Vue has a trump card, though: It’s Kodi compatible. You can see the full list of PlayStation Vue channels here. Plus, you can stream on up to five devices at once, and there’s unlimited cloud DVR.

YouTube TV not only features FS1 and FS2, but it also includes Fox Sports, basic Fox, and MLB Network. That’s on top of a robust, if fairly, basic plan that also includes FX, NBA TV, and AMC. Yet it’s still a good deal considering you can add up to six accounts per household and each one gets unlimited cloud DVR. Here’s a breakdown of the full YouTube TV channel lineup.

Quillin vs. Angulo: Why it matters

The defining moment of Quillin’s career came four years ago when he faced Daniel Jacobs. Less than 90 seconds into the fight, Quillin was knocked out—and he wouldn’t return to the ring for nearly two years.

But he’s back now, and after beating a solid fighter in J’Leon Love last year, Quillin (34-1, 23 knockouts), at the age of 36, is trying to get to the top of the 168-pound super middleweight weight class.

“This fight against Angulo is an important fight for me to establish myself in this division,” Quillin said via PBC.

Angulo, in boxing terms, appears to be “washed,” meaning he’s well past his prime and probably won’t put up much of a fight for long. Angulo (25-7, 21 KOs) started his career 20-1, but beginning in 2013, he’s only won three of his last eight fights. At his best, Angulo would have had a good chance to beat Quillin. At this point, it’s probably not going to happen.

But with boxing, you just never know.

“This is a great fight card with anything a boxing fan could want, featuring former champions, top contenders and future stars, all in evenly matched bouts that promise drama,” Tom Brown, president of TGB Promotions, said in a statement. “Peter Quillin vs. Alfredo Angulo promises to be a good, old-fashion slugfest with two fighters looking to prove they’re ready for a world title fight next.”