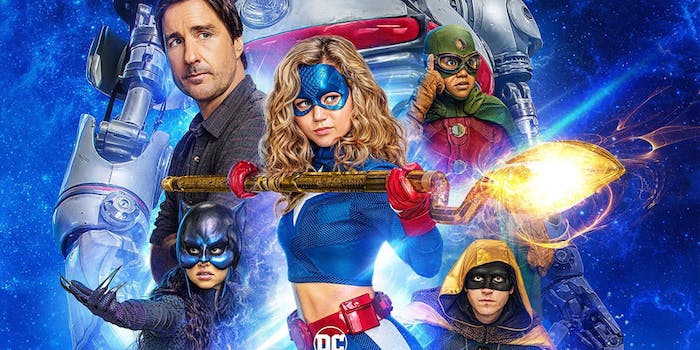 How to stream ‘Stargirl’

For some, being a superhero is a greatness that gets thrust upon you, whether you’re bitten by a radioactive spider or you hail from some distant planet with higher surface gravity. For others, it’s just the family business.

Courtney Whitmore is just a naive young high-school sophomore until she stumbles upon a powerful cosmic staff. It turns out that her stepdad, Pat Dugan, used to be a sidekick (known as S.T.R.I.P.E.) to the dude who originally wielded that cosmic staff. Courtney decides to continue the family legacy, pick up Starman’s old anti-gravity staff, and inspire a new generation of heroes. Stargirl was a DC Universe exclusive, but new episodes will be available the night after they air on The CW.

Here’s everything you need to know to stream Stargirl.

Stargirl, who was originally known as The Star-Spangled Kid, is the DC superhero alter-ego of Courtney Whitmore. The character first appeared in Stars and S.T.R.I.P.E issue #0, released in July 1999.

Initially, she dons the Star-Spangled Kid uniform as a means to annoy her stepdad, Pat Dugan, but the joke sputtered out into a full-time extracurricular activity when she joined the Justice Society of America. Her cosmic staff gives her the ability to manipulate cosmic energy and the power of flight.

Where to stream Stargirl

There are a number of ways to get access to The CW and stream Stargirl and other CW shows live. Note that the CW app’s the one place to go if you want to binge the whole first season for free.