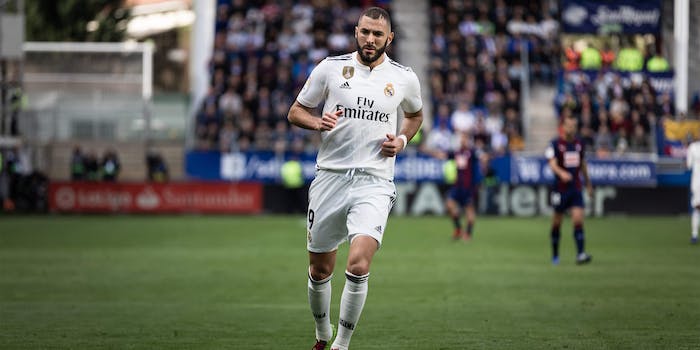 How to stream Real Madrid vs. Osasuna live

Here’s everything you need to know to stream Real Madrid vs. Osasuna live.

Real Madrid’s out of the Copa del Rey running now but still has the inside track to winning the league with a three-point advantage over Barcelona. The biggest focus for Real Madrid might be the Champions League Round of 16 match coming up against Manchester City later this month, but it also has to take its domestic schedule one match at a time. A trip to Pamplona to face Osasuna should be manageable, especially now that Osasuna’s top scorer Chimy Avila is out for the rest of the season with a knee injury. Estadio El Sabar isn’t an easy place to play, but Real’s fared well there over the years.

Fanatiz is strictly a sports channel, featuring the programming on BeIN Sports, Gol TV, and TyC Sports, giving access to competitions like the CAF Confederations Cup, the Copa Libertadores, the Copa Sudamericana, and the Copa del Rey. For those who want to try it out, or have one special match to catch, there’s a Daily Pass option for $4.99 allowing a 24-hour period of access.

Real Madrid (last five La Liga matches: DWWWW) continued its four-match win streak in La Liga last Saturday with a 1-0 victory over its crosstown rivals. Karim Benzema’s 56th-minute goal made the difference in the contest and kept Los Blancos aloft in the standings. However, the squad did lose its Copa del Rey quarter-final midweek. That’s perhaps a blessing in disguise given what it has to contend with coming up.

Osasuna (last five La Liga matches: LDDWL) fell 3-1 to Villarreal on Sunday, knotting the match up early in the second half only to give up two quick goals in the subsequent 11 minutes. The loss drops Osusuna to 12th in La Liga.