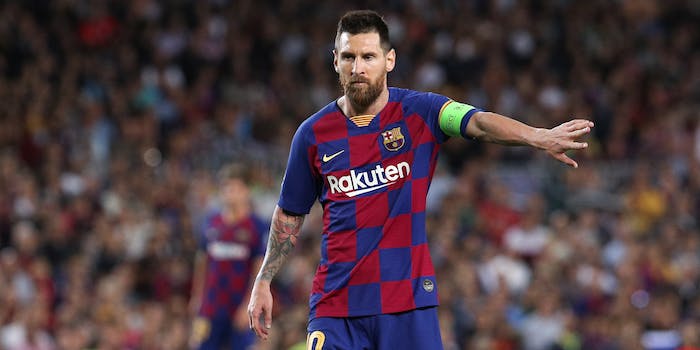 How to stream Barcelona vs. Real Betis live

Barcelona's playing Real Betis with an eye on Real Madrid.

Here’s everything you need to know to stream Barcelona vs. Real Betis live.

Barcelona is keeping pace with its Real Madrid rivals in one way: Both teams were knocked out of the Copa del Rey in this week’s quarterfinals. It’s just as well. Barca needs to focus on its Champions League campaign resuming later this month as well as its La Liga race. Barca had been keeping pace with Real until losing to Valencia two weeks ago. Now, the defending champs need to make up a match somehow—perhaps the next El Clasico on March 1?

Real Betis, meanwhile, has had its struggles of late, winning just one of its past six matches. Though it’s not in danger of relegation, as there’s a group of four teams at the bottom of the table battling that out, 13th place isn’t quite where you’d expect Real Betis to be.

Barcelona (last five La Liga matches: WDWLW) got two goals inside of a minute from Ansu Fati to power Barcelona over Levante 2-1 last week. The shot-happy squad had 23 throughout the game, with nine of those on goal. In midweek, Barca fell to Athletic Bilbao 1-0 on a stoppage-time own goal credited to Sergio Busquets, taking a bit of the shine of its prior league win.

Real Betis (last five La Liga matches: LDWLD) drew Eibar 1-1 on Sunday with all the scoring done in the first 15 minutes. Nabil Fekir gave Real Betis the early lead, but then Eibar won a penalty and converted to even things up. Neither team could find the back of the net after that.