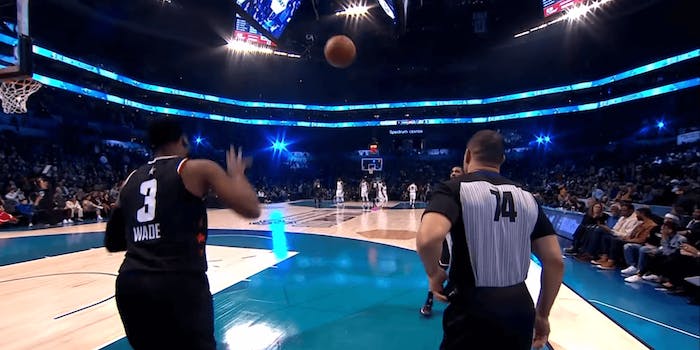 How to stream NBA games online: A complete guide to the 2020-21 NBA season

It’s never been easier to stream NBA games online, and there has arguably never been more reason to watch. Kawhi Leonard helped bring the Raptors a ring and is at the center of a new nucleus for the Clippers, Kyrie Irving’s given Nets fans something to cheer about, Russell Westbrook and James Harden are back together against (this time as Rockets), Anthony Davis has joined forces with LeBron for the Lakers, and though he’s hurt to start the season, Zion Williamson brings his unique blend of skills to the Pelicans.

No matter who your favorite team is, this comprehensive guide will make sure you never miss a game—so long as you have an internet connection. Before we get started, there are a few things we should clarify: We’ve focused primarily on the NBA’s national TV schedule (included at the bottom of this article), meaning the games that will be broadcast on TNT, NBA TV, ABC, and ESPN.

More games will certainly be available in local markets, and we’ve noted which of the live TV streaming services offer NBC Sports, which airs games for the 76ers, Bulls, Celtics, Kings, Trail Blazers, Warriors, and Wizards.

Here’s everything you need to know to stream NBA games for the 2020-2021 season.

How to stream NBA Games

NBA games are available on a few of the major live TV streaming services. When trying to decide which one is best for you, you’ll want to weigh the cost, the other channels you’ll receive, and the compatible devices for streaming.

Hulu with Live TV doesn’t offer a way to watch NBA TV, but if that’s not a deal breaker, it’s a great way to watch NBA games online. Plus, each subscription unlocks Hulu’s deep catalog of TV shows and movies, so you’ll have plenty to watch after the final whistle blows. For an extra $4 per month, you can upgrade to Hulu with No Commercials.

Sling TV has two distinct channel packages, both of which are priced at $35 per month. You want Sling Orange, which comes with both ESPN and TNT. From there you can add the Sling Orange Sports Pack for $5 per month to unlock NBA TV. That means you get by at just $40 per month. That said, if you live the Bay Area, Philadelphia, Chicago, Boston, Portland, or Washington, D.C., you might want to upgrade to Sling Orange + Blue ($50 per month) so that you can get local coverage from NBC Sports. There’s just one drawback: Sling TV doesn’t offer ABC in its local channels (or provide an on-demand alternative). With most ABC live games, you can stream via the WatchESPN app.

Here’s hoping that proves true when it comes to streaming NBA games. Otherwise, you’ll want to invest in an HD antenna. (Here’s a complete guide to Sling TV channels.) As noted previously, Sling TV is the only service that allows you to include NBA League Pass as an add-on.

FuboTV is known as a sports streaming service, but it’s hit or miss for streaming NBA games. You get NBA TV, TNT, and NBC Sports in your basic package, but ABC isn’t included in the local channels, and there’s an ESPN-sized hole in the service. That said, there’s still plenty to enjoy on FuboTV. (Here’s the complete FuboTV channels list.)

Real ballers splurge for NBA League Pass. The premium service lets you stream more NBA games than you could possibly count (basically everything that’s not already on national TV or subject to local blackouts). It’s a bit pricey, but you can save some money with NBA Team Pass, which follows the same broadcast restrictions but focuses on one specific team (all the games for the New York Knicks, for example). Both NBA League Pass and Team Pass also offer games in VR.