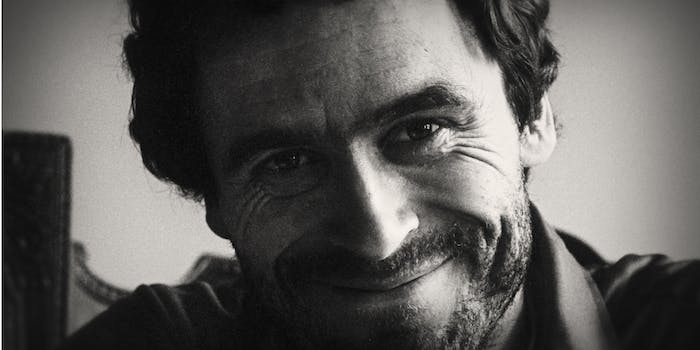 ‘Conversations With a Killer: The Ted Bundy Tapes’ feels like a bad one-man show

Ted talks, but there's not much 'conversation' in the four-part docuseries.

A new Ted Bundy documentary in 2019 is pretty redundant, but Conversations With a Killer: The Ted Bundy Tapes tries to find some new resonance 30 years after his execution.

Conversations With a Killer: The Ted Bundy Tapes

RELEASE DATE: 1/24/2019
DIRECTOR: Joe Berlinger
STREAMING: Netflix
The four-part series gets the serial killer on tape, but how much of it is true?

The four-part Netflix series, adapted from the book Conversations With a Killer, revolves around extensive death row conversations between Bundy and journalist Stephen G. Michaud, in which Bundy switches between extreme narcissism and a revisionist history of his life, speaking in third person to explain his compulsions. Director Joe Berlinger cuts between audio, archival footage, newspaper articles, and present-day interviews, using a tape rewind and fast-forward effect to volley between years.

Michaud says he quickly realized Bundy wouldn’t address his horrific crimes, so he tapped into the convicted killer’s psychology background and got him talking as an “expert witness,” in third person, of the “individual” who did do the crimes. The dissociation is chilling—at times Bundy’s voice sounds like that of two different people—but he makes one crucial admission early in the series. When discussing his high school years and why he didn’t date, Bundy explains that it wasn’t because he was shy or didn’t understand women; he just didn’t know “what to do about them.”

On death row, Bundy eventually admitted to killing more than 30 women in more than five states in the span of five years, but even then he treated it more like a story to be sold than an admission of guilt or regret. The tapes are an interesting addition to the story of Bundy, but there’s not much actual “conversation” here. Michaud mostly listens as Bundy unloads his ego, and there’s a nagging feeling as Bundy carries on that maybe this was just another “show” for him. Was any of it true? Does it matter now?

That’s kind of important because much of the series includes information that has existed for while: Bundy was a Nixon Republican and found acceptance working the campaign trail for Washington State Governor Dan Evans, blending in with the affluent. He was briefly in law school. At the same time, he was stalking, raping, and murdering women, starting with a series of disappearances in Washington State and ending with a series of murders in Florida. The interview with Carol DaRonch, a woman who escaped his abduction attempt in 1974, offers some rare  context for Bundy’s crimes.

One thread explored via archival footage is how much Bundy’s ego enveloped his murder trial in Florida. He acted as his own counsel, and was even able to cross-examine a crime scene witness. In one mind-boggling scene, Bundy asks the witness to recount in detail the Chi Omega crime scene at Florida State University, where he murdered two women and attacked three, as members of the jury look away in disgust. Elsewhere, he mock-proposes to his “advocate” (and, later, wife) Carole Boone as she testifies in his defense.

Distressingly, many young women were attracted to Bundy, whom the media (and Netflix promo) often described as charming and good-looking, and they would come to the courtroom trying to get his attention. A present-day parallel: The popular Netflix acquisition You, in which Penn Badgley plays “nice guy”/psychopath Joe Goldberg, has fans swooning over the character, who stalks a young woman named Beck. Badgley had to address this disturbing trend and remind fans that Joe is a murderer. After the trailer for Conversations came out this week, the comparisons between him and Bundy were amplified even more on Twitter. (This trend will likely continue: Zac Efron is playing Bundy in a new movie premiering at Sundance later this month, also directed by Berlinger.)

The proliferation of true-crime TV series, movies, and podcasts has elevated personalities in a different way—and, maybe, made us view real crimes through the fictional fabric of TV and movies. Bundy’s blinding narcissism and aversion to truth certainly resonate even more considering who’s president, but his trial also signaled network news’ pivot to a more sensational, 24/7 beast. His Ronnie Dobbs-esque saga of escape and apprehension made for great media, though perhaps he was playing into that. After Bundy’s first escape from an Aspen, Colorado, jail he brazenly returned to town days later and was recaptured, strutting into a mass of cameras and microphones like a politician running for office.

At just four episodes, Conversations With a Killer is a quick but exhausting watch. Empathy is missing from Bundy’s DNA, so there’s only so much of his hubris you can consume. If you’re looking for the definitive “Why?” in regards to Bundy here, you’ll be disappointed. But, as so many other true-crime documentaries have illustrated, often there isn’t one.