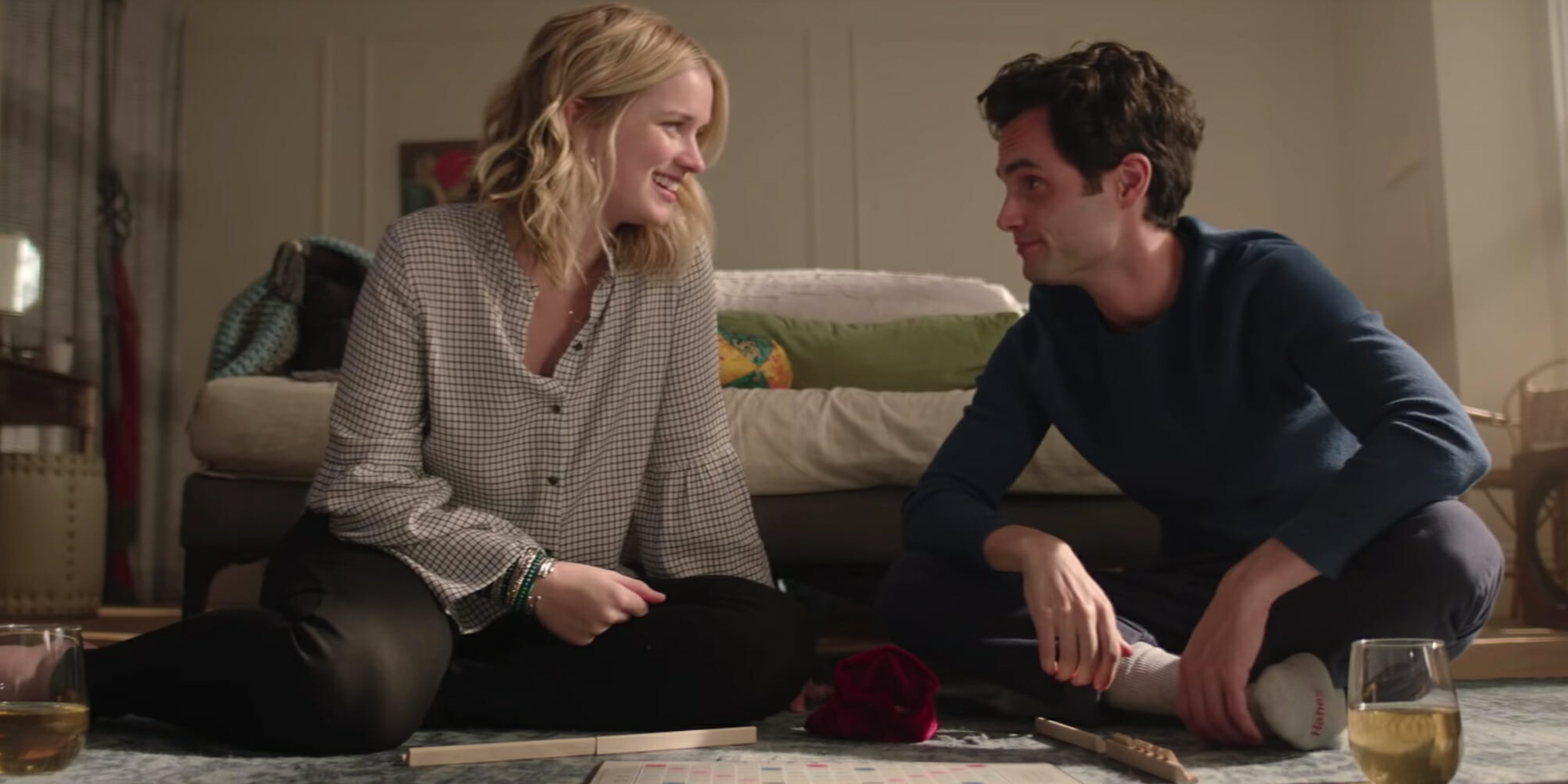 This Netflix show is chilling and suspenseful.

Netflix released a slew of new shows and movies over the holidays, including the viral hit Bird Box and the choose-your-own-adventure experience Black Mirror: Bandersnatch. Both titles took over social media the last week of December. But amid the frenzy and memes related to Bird Box and Bandersnatch, you may have missed a series that was released on the streaming service Dec. 26: You. It stars Penn Badgley in an eerily similar, yet much darker, role to his Dan Humphrey character on Gossip Girl. Like Dan Humphrey, You’s Joe Goldberg loves books, lives in New York City, and spies on women in wealthy social circles. But while Dan Humphrey made light spying seem relatively innocent, Joe Goldberg is a creep who justifies all of his actions—stalking, physical assault, abduction, and murder—under the guise of “love”.

You begins as a CW-like young adult drama, but it quickly evolves into a disturbing profile of a psychopath in the digital age, one who uses social media to aid his stalking. For a show that originally aired on Lifetime, You is surprisingly good.

We hear Joe Goldberg’s voiceover in the background at the beginning of the first episode of You. He’s at Mooney’s, a bookstore that he manages, and he’s carefully watching a woman browse the aisles. He’s talking directly about her in a way that feels unnerving—commenting on her clothing, jewelry, and demeanor. His internal monologue is reminiscent of other psychos in pop culture, notably Patrick Bateman in American Psycho, although it never becomes a full-on satire. Joe offers wry comments about people and narrates his daily life, which mostly involves stalking and working at the bookstore, but we don’t hear him talk about a multi-step skincare routine or brag about how many sit-ups he can do. Instead, the narration focuses on the story of Joe’s obsession with the customer in the first episode, Guinevere Beck, a writer and grad student known to her friends as just Beck (played by Elizabeth Lail). He’s immediately attracted to her and impressed with her choice in literature—Paula Fox—so he tracks down her apartment and daily schedule, all through internet sleuthing. Then he starts following her.

This is not much of a spoiler because it’s in the trailer and ads for the show, but Joe and Beck eventually begin to date. The show does such a good job at establishing Joe as the lead character that you begin to think that he might go back to being a normal guy, even though that doesn’t seem logical. Someone who stalks a woman’s every move and uses violence against others was clearly never OK. But we see Joe doing “good” things, like giving books and food to his neighbor’s kid, Paco, who is often neglected. He also gives the appearance of being a good boyfriend. At times, he even seems relatable. It’s confusing and manipulative, and it prevents viewers from immediately placing Joe in a “good guy” or “bad guy” category. This kind of character-building is part of a trope in this genre—everyone always thinks the stalker/murderer is a nice, kind person. Always. Watching this show, I thought of the excellent British crime drama The Fall, which also features a good-looking man (Jamie Dornan) who stalks women and commits heinous crimes. You is not quite on the same level as The Fall, but in both shows, the lead character seems to get away with a lot simply because he can pass for an average guy. Joe’s work life also helps him remain inconspicuous: Who would ever suspect the manager of a bookstore? (Well, I might … now.)

Despite its cliches and incidents that work out too easily in Joe’s favor, You is a campy, suspenseful show that will make you think carefully about the information that you put on the internet. Joe doesn’t use social media, which comes off as refreshing to other characters, but it’s really a tactic to prevent anyone from using his information against him—like he does to his victims. Throughout the show, we see Joe track Beck’s text messages through the cloud, send tweets and Instagram posts from other people’s accounts, and create fake geotags. While technology is rarely portrayed in an accurate way in movies and TV shows, You’s plot is fairly believable. Joe isn’t a hacker—he simply takes advantage of people who don’t use passwords or who put personal identifying information online. He also forces characters to give him their passwords.

You works mainly due to its narration style and Penn Badgley. The show is packed full with stereotypes about New Yorkers, and sometimes you’ll wonder if any character on the show is actually likable. But all of the actors—notable Badgley, who takes creepy to a new level—are game in this self-aware drama. Also: John Stamos has a small role as an unethical therapist. You is a blend of Riverdale and Gossip Girl with a pinch of Mr. Robot. The slow-boiling plot makes it easy to binge-watch despite the disturbing subject matter. You started off as a Lifetime show last fall, but Netflix announced that it was picking up the show for the second season in December. All 10 episodes of the first season are available on Netflix, and the streaming service is currently working on the second season. Based on the strong first season and reactions by viewers on social media, You has the potential to be an ongoing hit series for Netflix. If anything, it will definitely net Penn Badgley some more roles.