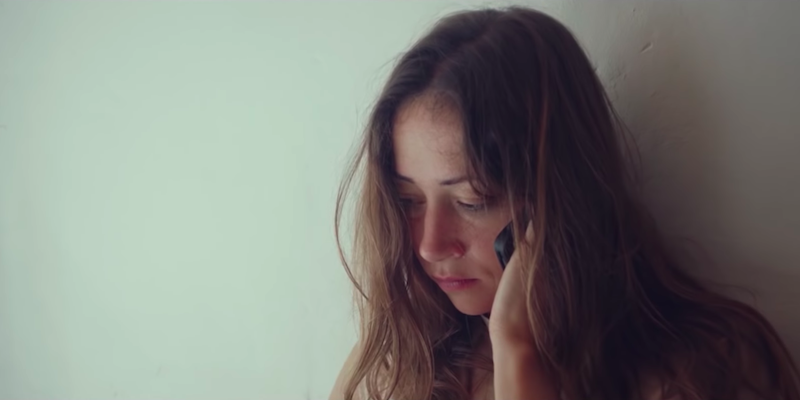 Eva Trobisch's full-length directorial debut is an intimate film about the devastating effects of casual violence.

Alles ist gut is a hell of a feature debut from writer-director Eva Trobisch. It’s about a woman, Janne, trying to move forward after being raped. Trobisch tackles the heavy subject matter with deftness and clarity. Alles ist gut, which translates to “all is good,” portrays the devastating effects of casual violence and the isolation that comes with being a victim. It’s a quiet, intimate film so nuanced in its writing, direction, and performances that it envelops the viewer and puts them right in Janne’s shoes. Trobisch’s film is specific in its vision and universal in its themes, and it never stoops to proselytizing to make its points.

RELEASE DATE: 6/6/2019
DIRECTOR: Eva Trobisch
STREAMING: Netflix
This quiet, intimate film portrays the devastating effects of casual violence and the isolation that comes with being a victim.

Janne (Aenne Schwarz) and her boyfriend Piet (Andreas Dohler) are making the best of a bad situation after their business partner bails on them. They try to keep up a sunny façade, but the reality of their financial situation pushes Janne to take a job with a literal old friend, Robert (Tilo Nest). This sends fissures through Janne and Piet’s relationship, as the new job means they’ll spend more time apart. The job offer seems like a godsend at first, but it has unintended consequences for everyone, bringing Janne into orbit with Robert’s daughter, Madlene (Annika Blendl), and son-in-law, Martin (Hans Low).

Trobisch introduces characters in a simple manner that almost makes them forgettable. But you never know which people will have a major impact on your life when you first meet them. This movie wants you to consider that everyone hides details of their lives. The point isn’t that people are complicated; the point is that they’re complicated in unpredictable ways. The second you think you have someone pegged is the second that you’ve made a huge mistake.

For Janne, that mistakes rears its head when she and Martin drunkenly stumble back to her place after a party. A black cat crosses their path, but only the audience catches the obviously ominous implication. Playful banter leads to a forced kiss when the two go inside, and Martin rapes Janne.

So many films have built their reputations on harrowing, explicit, and often exploitative rape scenes; Irreversible, The Last House on the Left, Straw Dogs, and The Girl With the Dragon Tattoo all come to mind. Trobisch’s approach is more restrained but no easier to watch. She frames the scene so that your attention stays on Janne’s face.

In the days that follow, Janne tries to maintain her routine and present a sense of normalcy. But that front crumbles in the small, quiet moments when Janne is by herself with no escape. It’s in these moments that Alles ist gut unleashes its full emotional payload. Schwarz anchors the film as Janne, conveying oceans of emotional strife with only her expressions and small actions.

As Janne internalizes her pain, her tight-knit world begins to close in on her. Her sense of isolation intensifies. She has passionless sex with Piet, starts her new job, and has a chance to tell her mother what happened but can’t conjure the words. As she draws inward, she becomes oblivious to the people around her. The first time she really takes stock of someone is when Martin shows up as a surprise third wheel on a trip to the theater. Martin sees Janne, and for a moment, his guilt is impossible to hide. He may act like everything is normal, but his body betrays him in this moment. He knows what he did. Janne sees it, and that acknowledgement is everything.

The film’s runtime is too short, and its presentation too realistic, for Janne to achieve real healing. Such an ending would have felt fraudulent anyway, so Trobisch doesn’t bother with false platitudes. Alles ist gut ends with Janne teetering on the edge of a collapse. We’ve seen enough to know that she could go either way. Progress is incremental. Strength can be built up, but it’s still so fragile. That’s the impression Alles ist gut leaves. This is a confident, strong first feature by Trobisch, and I can’t wait to see how she follows it up.