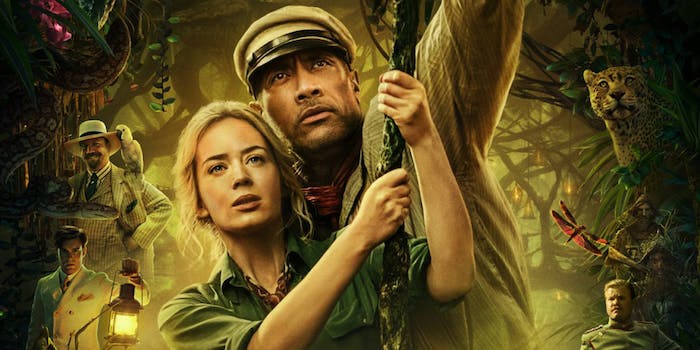 How to watch ‘Jungle Cruise’

Know this about the jungle: everything you see wants to kill you.

Disneyland is the happiest place on earth, so I’m told. It’s less a magical kingdom, and more a loose confederation of mini worlds, all with some pretty exciting stories to tell. Jungle Cruise isn’t just a thrilling Adventureland ride anymore, it’s a live-action blockbuster.

Set during World War I, a swarthy riverboat captain Frank “Skipper” Wolf must escort a doctor and her brother through the dangers of the jungle. Dr. Lily Houghton is looking for the legendary Tree of Life, which has healing powers that can turn the tides of the war.

Unfortunately, the Germans have their own team braving the jungle. If the deadly jungle enviornments don’t thwart our heroes, surely the Rhineland expedition will.

Here’s everything you need to know to watch Jungle Cruise.

Where to watch Jungle Cruise

Jungle Cruise will release in theaters on Friday, July 30. However, Disney Plus subscribers can pay a $29.99 premium to watch the movie at home. If this price is objectionable, you can wait a few months. Like past premier releases, it will be eventually be available for free on Disney Plus proper.

Jungle Cruise is available to stream on Disney Plus. The celebrated Disney streaming service is available alone, or through a bundle with Hulu and ESPN+ for only $12.99 a month. However, to watch Jungle Cruise you will have to pay an extra one-time $29.99 to gain premier access to the film. Not only can you stream Jungle Cruise, but just about every other piece of media based on Disneyland properties like Tomorrowland.