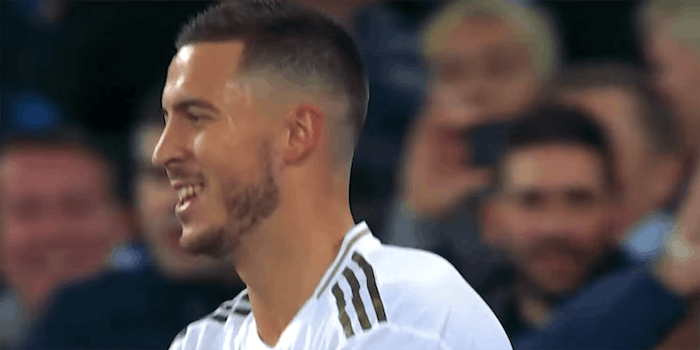 How to watch Real Madrid vs. Espanyol live

Real Madrid's looking to get ahead of Barcelona, and if they can't do it on points, they could do it on goal differential.

The La Liga race is so close right now: Real Madrid and Barcelona are tied on points, and Barca’s only ahead thanks to a one-goal advantage in goal differential. That could change Saturday, when Real hosts the relegation-bound Espanyol to open up the weekend’s action.

Here’s everything you need to know to stream Real Madrid vs. Espanyol live.

The match is on BeIN Sports, which is one of the more elusive networks for cable subscribers. If you have AT&T or Xfinity, for instance, you won’t find BeIN among your sports channel choices. These streaming services have you covered, though, allowing you to watch the entire 2019-20 La Liga season from the device of your choice.

Real Madrid (Recent form: WDWWW) got past Alaves 2-1 last week in La Liga play and has already locked up its spot in the Champions League Round of 16. Expect Saturday, then, to be all about the goal differential and how many they can put up against a team that’s been struggling in La Liga play. (Barcelona has Mallorca, though, so it’s likely that Real’s rivals are also thinking about how many they can put up.)

Espanyol (Recent form: LLLDL) still has obligations to Europa League, including a Thursday match against CSKA Moscow. In fact, amazingly, it’s already locked up its group no matter what it does against a team that’s winless in five group stage matches. In La Liga, though, Espanyol can’t get a win. Its 4-2 loss to 10-man Osasuna last weekend continues a five-match winless streak that continues what is a confounding season. Unfortunately, the Bernabeu’s not a particularly friendly place to turn around a floundering season.