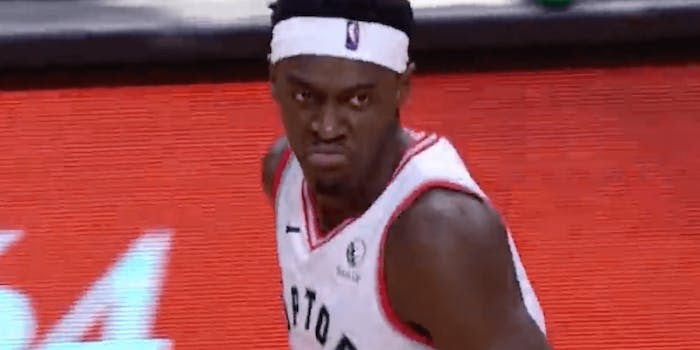 How to watch tonight’s Nets vs. Raptors matchup on NBA TV

Both the Nets and the Raptors are coming off emotional losses on Wednesday. Which team can play through injuries and right their ship?

Brooklyn comes in following a crushing 113-108 loss to the Charlotte Hornets, where rising star Devonte Graham scored 40 points (including seven threes) and led the team from a 20-point deficit to secure the win. Spencer Dinwiddie led the Nets with 24 points and six assists in the loss.

Toronto found themselves overwhelmed hosting the Los Angeles Clippers, and losing 112-92, in its last outing. It was the return of Kawhi Leonard, who got a grand ovation and received his championship ring for leading the Raptors the last season’s NBA title. Siakam scored 24 points, but the shorthanded Raptors only shot 35 percent from the field. Point guard Fred VanVleet was out with a knee contusion. He’s listed as questionable for the home game versus the Nets.

His injury is not insignificant, given he’s played at an All-Star level in his first season with big minutes.

Here’s everything you need to know to stream the action live.

Brooklyn Nets vs. Toronto Raptors: What to watch for

On December 8, head coach Kenny Atkinson had hoped the team would have Irving back in the lineup with the next seven to ten days, healing for what the Nets termed a shoulder impingement.

“I think the plan is to continue to ramp up his individual on-court work, and I think from there it’s starting to integrate him in the next week or two into team practices,” Atkinson said. “Like I always say, that could be a planned practice or us making one up if the game schedule so dictates.”

Now, there’s significant worry that the injury could keep him out of action well into 2020–in fact, he’s yet to be cleared for contact. Irving missed his 10th straight game Wednesday, and has been ruled out for Friday night’s game in Charlotte.

Two specialists told The New York Post that the 27-year-old star is likely to sit out a few additional weeks, suggesting the injury is an indicator of a chronic issue with his rotator cuff.

He has averaged 28.5 points, 7.2 assists and 5.4 rebounds in the 11 games he’s played for the Nets this season, but they had a losing record with him in the lineup. Brooklyn has gone 9-3 without him.

Check out the author’s NBA podcast covering news of the last seven days in the league. We talk about how to fix the Portland Trailblazers, Adam Silver’s ratings/growth quandary, and identifying the best players to never win a title.