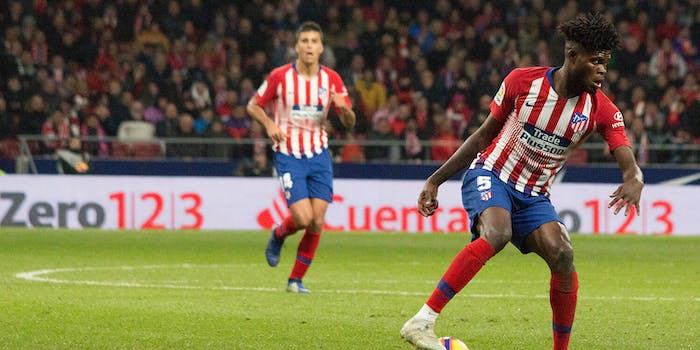 How to stream Valencia vs. Atletico Madrid live

Here’s everything you need to know to stream Valencia vs. Atletico Madrid on Friday.

Both Valencia and Atletico Madrid have busy weeks coming up. Namely, both Spanish teams are facing Champions League matchups for the upcoming knockout rounds, with Valencia facing a relatively easy matchup against Italian upstarts Atalanta, while Atletico Madrid’s got a big battle coming up against defending champions Liverpool.

But they’ve got a La Liga score to settle first. Both teams are fighting to stay within reach of both Real Madrid and Barcelona in the title race. Atleti’s currently fourth in the league, but a full 10 points behind Barcelona, while Valencia’s in seventh and just two points behind Atleti. The match will be, at the very least, critical in both teams’ quests to return to Champions League play next season.

Vidgo offers a package for under $40 a month that pulls together more than 60 English-language channels into its National English Package, including ABC, Fox, the ESPN family of channels (including ESPN Deportes), FS1, FS2, Fox Deportes, and BeIN Sports, for sports fans. It offers an array of entertainment favorites, including A&E, HGTV, History, Lifetime, and a full range of Nickolodeon channels, including TeenNick and NickToons.

Valencia (Last 5 La Liga matches: WLWWL) dropped a tough one last weekend to now-in-third-place Getafe, seeing Alessandro Florenzi sent off after giving up two second-half goals, with a third coming once they went down a man. It wasn’t a great week for Valencia on the whole; it also got bumped out of the Copa del Rey. Barcelona and Real Madrid also exited in the same round.

Atletico Madrid (Last 5 La Liga matches: WLDLW) halted a three-game winless streak with a 1-0 win over Granada last Saturday. Angel Correa scored a sixth-minute goal, which was all they needed as they finished with a very Atletico 1-0 scoreline.

This should be a close one, according to the DraftKings Sportsbook oddsmakers, with a +155 for Atleti winning (wager $100 to win $155), and with both Valencia winning and a draw at +205.