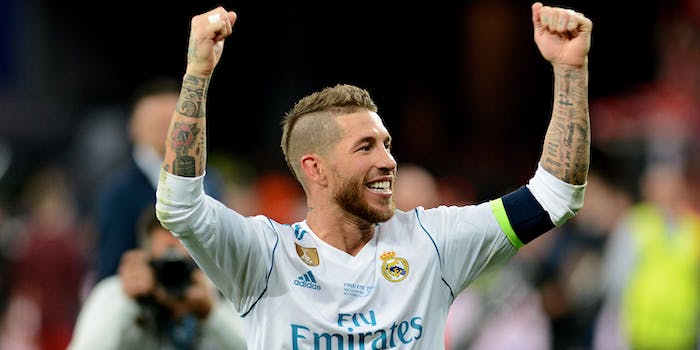 How to stream Real Madrid vs. Levante live

Real Madrid's looking to keep a slim lead in La Liga on Saturday.

Here’s everything you need to know to stream Real Madrid vs. Levante live on Saturday.

Real Madrid let in a late equalizer to Celta Vigo last weekend, and that, coupled with Barcelona’s win, means the La Liga race has just a single point separating first and second. Of course, a good deal of the title race depends on what happens in next Sunday’s El Clásico at the Bernabeu.

First, though, Real Madrid has to travel to Valencia to face Levante this Saturday. Though Levante’s had its share of struggles this season, it’s also a team that’s beaten Barcelona as recently as November.

Real Madrid (last five La Liga matches: WWWWD) had a lead against Celta Vigo for 20 minutes in the second half last week, thanks to Sergio Ramos converting a PK that looked like it might hold up. But then Santi Mina found the equalizer leading to the somewhat shocking result. Like Barcelona, Real has to not look past this match to its Champions League knockout match and then its rivalry date.

Levante (last five La Liga matches: LLLWL) lost the seventh of its last eight league matches over the weekend, with Villarreal overcoming at home by a 2-1 margin. The loss leaves Levante in 13th place—not quite in danger of relegation, but certainly in a place of disappointment.