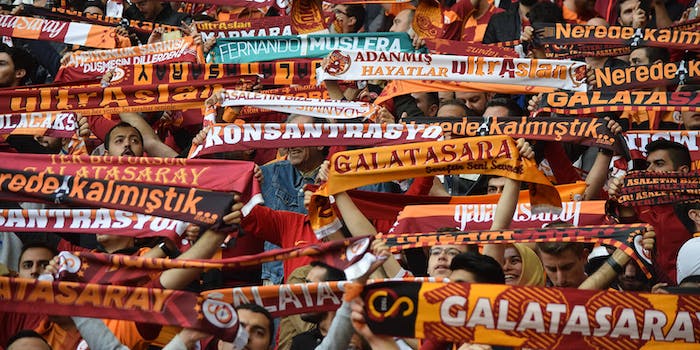 How to stream Galatasaray vs. Besiktas live

The Turkish Super Lig is one of the few major soccer leagues still going, and has a derby in the Sunday 12pm ET slot for you.

Most of the world’s top soccer leagues have shut down for the next few weeks due to the coronavirus pandemic, but the Turkish Super Lig — which has a few players you’ll recognize — is still playing. Here’s everything you need to know to stream Galatasaray vs. Besiktas live on Sunday.

Let’s start with players you might recognize for Galatasaray. Radamel Falcao, who received an epic hero’s welcome with 20,000 fans when he arrived in September (and there’s video), is a Colombian star who has appeared in past World Cups as well as for Atletico Madrid, Manchester United, Chelsea, and Monaco. Fernando Muslera, the starting goalkeeper, is a talisman for Uruguay with more than 100 caps for its national team.

Besiktas also has players you might know. Loris Karius, the goalkeeper who had a forgettable match for Liverpool against Real Madrid in the 2018 Champions League final, is on loan to the Black Eagles. Tyler Boyd, who came out of seemingly nowhere to be a U.S. men’s national team attacking option, plays his club soccer here. Kevin-Prince Boateng, the Ghana national veteran who has globetrotted with Spurs, AC Milan, Schalke, and Barcelona, is now at Besiktas on loan from Fiorentina.

This will be a closed-door match — certainly the prudent move during the ongoing coronavirus pandemic, though Galatasaray will certainly miss its spirited home fans, who are among the loudest and most expressive in the world.

The match is on BeIN Sports; the following streaming services allow you to watch the entire 2019-20 Turkish Super Lig season.

Galatasaray (Last 5 Super Lig matches: WWWWD) drew 2-2 with fourth-place Sivasspor last weekend, getting goals from Falcao and Sofiane Feghouli to grab the lead before settling for the draw. The draw leaves both teams in the hunt for Champions League places. (Typically, Turkey sends two teams.

Besiktas (Last 5 Super Lig matches: WLDWW) got its second straight win last weekend by beating Ankaragucu 2-1. Burak Yilmaz scored an opening goal via penalty kick in the sixth minute and Adem Ljajic scored an insurance goal they ended up needing as the visitors pulled one back from the spot in stoppage time.

According to the DraftKings Sportsbook oddsmakers (as of March 13):