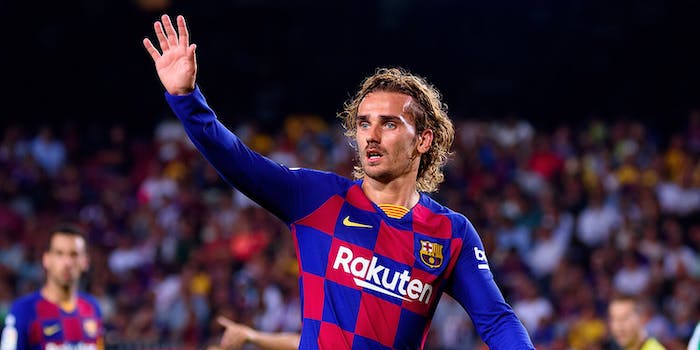 How to stream Barcelona vs. Valencia live

Can Barcelona make it three wins in a row with its new manager?

Lionel Messi made Quique Setien happy in his debut last weekend, scoring the lone goal in Barcelona’s 1-0 win over Granada. Then, Ibiza (!) held a 1-0 lead over Barcelona for over an hour in a midweek Copa del Rey match, before Antoine Griezmann started on a brace that advanced Barcelona as expected to the tournament’s round of 16. Can the new manager now make it three in a row in a tough La Liga test on Saturday against Valencia?

Here’s everything you need to know to watch Barcelona vs. Valencia live online.

College sports fans will also love it: The ACCN, Big Ten Network, the Longhorn Network, and Pac-12 Network are all on the Core package, and for $10 more, the Plus package offers all six market-specific Pac-12 Networks.

Barcelona (last five La Liga matches: DDWDW) still leads La Liga, though it’s only by a slim goal differential advantage over Real Madrid. But not even matching Real result for result keeps Barca safe right now. With Atletico Madrid and Sevilla now eight points behind, it appears to be a two-team race in La Liga once again.

Valencia (last five La Liga matches: WDDWL) lost a 4-1 stunner to just-promoted Mallorca last week, finishing with 10 men and not quite looking like a team that will play in the Champions League Round of 16 next month. Los Ches, however, advanced into the Round of 16 in the Copa del Rey, and will face a Cultural Leonesa team that bounced Atleti from the tournament.