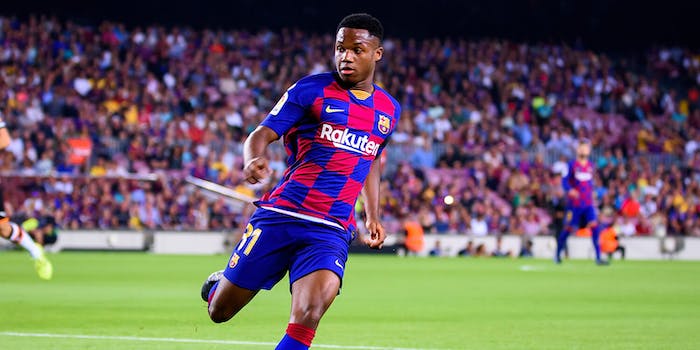 How to stream Barcelona vs. Real Sociedad live

It’ll be an emotional return to San Sebastian for Antoine Griezmann on Saturday, as he returns to the home stadium where he spent his formative years. That’s not the only significant element to Barcelona’s match at Real Sociedad, though. Both teams are vying for Champions League positions, with Barcelona holding a slim lead over Real Madrid in La Liga, and Real Sociedad hanging on to fourth.

Here’s everything you need to know to stream Barcelona vs. Real Sociedad live.

Barcelona (last five La Liga matches: LWWWW) coasted to a 5-2 win over Mallorca last week for its fourth-straight La Liga win and got the crucial 2-1 midweek win over Inter Milan on Carles Perez and Ansu Fati goals. That allowed Dortmund to slide into the second Group F spot and dislodged Inter from the competition altogether. Barca now awaits its Round of 16 opponent in Monday’s draw, followed by a huge Wednesday match over its implacable rivals.

Real Sociedad (last five La Liga matches: WDLWD) drew with Valladolid on Sunday to drop two points in what has been a tight race but is becoming a three-way race between Barca, Real Madrid, and Sevilla. Real Sociedad could get back into the title race with a huge statement win at home on Saturday, while a loss creates a definite divide between Champions League and Europa League places.