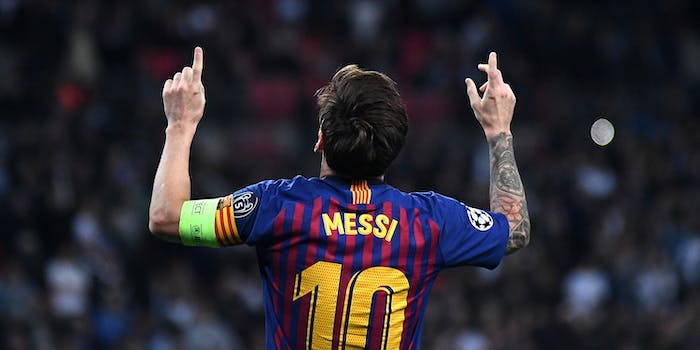 How to stream Barcelona vs. Granada live

Barcelona's got a new manager! He debuts on Sunday at home.

Barcelona’s got a new manager. In a bit of a shocker, Ernesto Valverde’s been sacked, and Quique Setien is taking over. For how long, though? He’ll get his first chance to impress on Sunday as Barcelona welcomes Granada to Camp Nou.

Here’s everything you need to know to watch Barcelona vs. Granada live online.

Barcelona (last five La Liga matches: WDDWD) let in two late goals in the Supercopa de España semifinals against Atletico Madrid, leaving the storied club with just one win in its last five matches. That was enough for Barcelona to give Ernesto Valverde the hook and change managers mid-stream. While this should be an easy first test for the new manager, who most recently managed with Real Betis last season, the real test comes at the end of next month, when it plays its Champions League Round of 16 opener against Napoli and at Real Madrid within five days.

Granada (last five La Liga matches: LWLLW) won its most recent La Liga match over Mallorca and is gathering enough results to be solidly mid-table. It’s also advancing in the Copa del Rey, facing Badalona in the upcoming Round of 32.