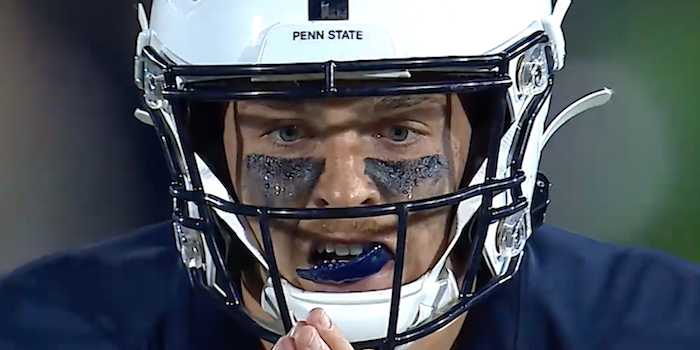 How to stream Penn State vs. Minnesota

Minnesota's brain trust gave Fleck the big dollar extension. Now, can he push the upstart Gophers over a talented Penn State at home?

It’s the battle of two undefeated Big 10 teams, as No. 5 Penn State Nittany Lions travels to the Twin Cities, to take on upstart No. 13 Minnesota Gophers, at TCF Bank Stadium in Minneapolis, Minnesota.

The Golden Gophers are also well-rested off a bye, but have been absolutely dominating over the last month, including a 52-10 home demolition of Maryland. In an uninspiring performance, Minnesota QB Tanner Morgan was 12 of 21 for 138 yds, while throwing two TDs and one pick. Running back Rodney Smith picked up the slack, toting the rock for 103 yards and a score.  The Golden Gophers defense, which has carried the season, held Maryland to 210 total yards—including 79 rushing yards.

The tested Penn State club has a 74% chance of coming out with a win, per the ESPN Football Power Index. Minnesota, on the other hand, is just heading into the tough meat in its schedule, in which it will play three teams currently ranked in the AP’s top 18. It’s possible that the Gophers are for real, whether they win or not. However, while the Nittany Lions are the deeper team, Minnesota can play without the pressure its College Football Playoff-chasing opponent will play with. In fact, head coach P.J. Fleck’s team will be attempting to make a name off of Penn State, a top-five team that won’t scare them.

Penn State vs. Minnesota: What to watch for

The reality of this matchup is that Minnesota has everything to gain. At 8-0 to start the season, and likely a ninth win (at least) to be found over the last four games, the Gophers will come in like gangbusters, looking to ruin Penn State’s run.

Away from the field, Minnesota, a program that has been re-stocked with talent, understands what it has in Fleck, who could probably get himself into a big name-brand program following the season. Now having locked him into an extension that will significantly boost salaries for the entire staff, Minnesota’s board of regents believes it has the right pieces in place to boost the program into the national spotlight.

A win over Penn State in the big programming slot could be the coming-out party.

Holding the chalk line, Penn State is a 6.5-point favorite, according to Odds Shark. Expect an exciting game that could go either way.