As the latter half of 'Carole and Tuesday' shifts its focus to topical political allegory, its strengths remain, but its idealism may turn away some viewers.

All art is political, but some of it is more political than others. After a pleasant but relatively toothless first half, the second part of Carole and Tuesday comes out swinging. It still offers everything that made the first half great—likable characters, beautiful animation, and tons of catchy music—but with a distinct topical bent, portraying a number of issues that affect both the U.S. and Japan in this current era.

RELEASE DATE: Dec. 24, 2019
DIRECTOR: Shinichiro Watanabe
STREAMING: Netflix
As the latter half of Carole and Tuesday shifts its focus to topical political allegory, its strengths remain, but its idealism may turn away some viewers.

The story picks up right where the first half left off, with Carole and Tuesday considering whether to sign on with a record label after being disqualified from the Mars’ Brightest singing competition. When Gus decides to decline for them, the duo goes independent instead. As their fame grows, so does the number of people seeking connections with them. Carole is beset with people claiming to be her parents, while Tuesday’s mother, Valerie Simmons, amps up her presidential campaign.

While Valerie is a shrewd politician with a severe haircut resembling Hillary Clinton, her politics have a stronger resemblance to the current Republican party thanks to her campaign adviser. Like everything else in Carole and Tuesday’s vision of the future, she campaigns based on algorithmic calculations on what will make her more popular, rather than her sincere beliefs. This leads to her taking on an anti-immigration, anti-Earth platform, as those currently in power crack down on anyone who speaks up against them. 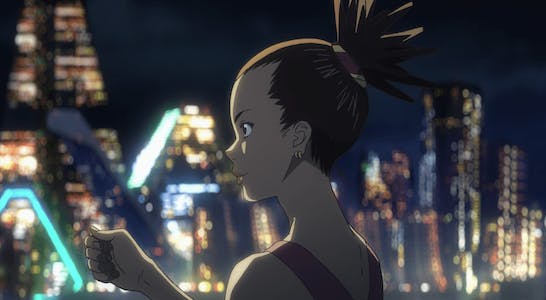 You’d have to be willfully ignorant to miss the real-world parallels here, especially as the police, wearing shirts emblazoned with MICE (presumably standing for Mars Immigration and Customs Enforcement, and not the small cute rodent) target Black activists. Valerie’s platform, under her adviser’s guidance, becomes more reactionary and hostile to immigrants and refugees. It’s a strong stance against the dangers of demagoguery in a confusing, highly connected world.

However, the show’s decidedly gentle tone never quite matches up with what’s happening in the world. Protest music is all well and good, but it’s hard to really feel like Carole and Tuesday’s plan would accomplish, well, anything in the real world. This highlights what some would probably consider the show’s greatest flaw: an overall meandering, gentle tone, which softens the impact of quite a few of its moments. No one element of the story—Valerie’s presidential campaign, Angela’s growing alienation, Carole and Tuesday’s rise to stardom, activism through music—has the maximum impact it could have because of how the story quietly shifts from one to another, without coming together to form something that’s greater than the sum of its parts. A shorter, more focused version of the show would likely have a greater impact, but it would also lose the kindness and human connections inherent in the premise. 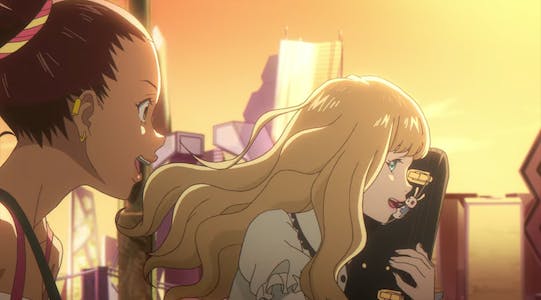 That’s really the point of the story—not politics, but the power of music to connect people honestly. Carole and Tuesday’s music is stripped down and gentle, written by human hands instead of algorithms. Their rise to stardom, the connections they form with other musicians, is all because of the honesty and humanity present there. Using algorithms in place of human creativity and decision-making leads to alienation, demagoguery, and disconnection, even if you come up with a few catchy tunes in the process.

The latter half of Carole and Tuesday is lovely, gentle idealism in a harsh world. It’s not as strongly pointed as it could have been, but its ideas about the power of human creativity in the face of cold, mathematical algorithms hold a great deal of significance in the age we live in.