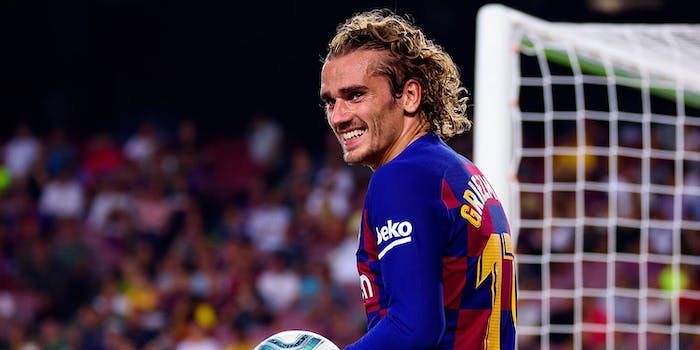 How to stream Barcelona vs. Atletico Madrid live

It's a huge La Liga matchup.

One of the best matchups in La Liga is also the start of a wild month for both teams. Barcelona’s dance card includes a rescheduled El Clasico match and a Champions League match against Inter Milan, while Atleti has a match against Lokomotiv Moscow that determines its Champions League fate. And then, these teams will face each other again Jan. 9, in the second of two matches that will help determine the La Liga race. Barca currently leads, but Atleti’s in fourth, just three points behind.

Here’s everything you need to know to stream Atletico Madrid vs. Barcelona live.

Atletico Madrid (Recent form: WDDWD) is unbeaten in its last 10 La Liga matches, but seven of those have been draws, keeping the team from advancing beyond fourth in league play. This will be a tricky match for Atleti, though—it hasn’t won in the last 18 match-ups between the teams in La Liga play. And this will be the first matchup between the teams in La Liga play since Antoine Griezmann bolted from Atleti to Barca.

Barcelona (Recent form: WWLWW) has won its last two in league play, but it was in its midweek Champions League win over Dortmund where it really shined. Barca won 3-1 and it wasn’t that close, with the MSG front three (Lionel Messi, Luis Suarez, and Griezmann) all getting goals and the defense doing a number on the German team. The win was enough for Barca to clinch the group, and clearly there are big things on the horizon in the 2020 half of the season. But it can’t overlook this match against arguably the best-defending club team in La Liga.