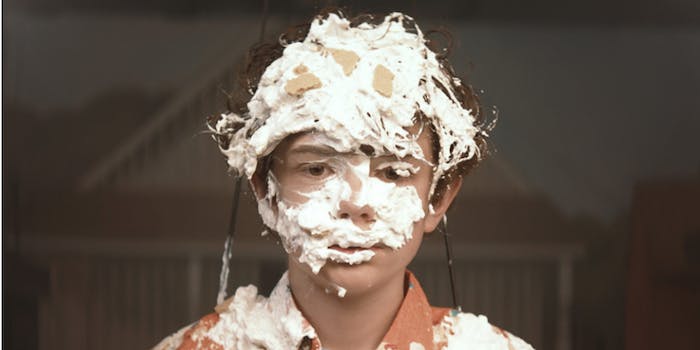 ‘Honey Boy’ is an experimental look at channeling trauma

The Shia LaBeouf-penned film wonders how much of life is just acting.

Over the latter part of this decade, Shia LaBeouf has been called out for plagiarizing Daniel Clowes; hired a skywriter to apologize for the plagiarism; possibly plagiarized his apology for plagiarism; created an interactive art installation called #IAMSORRY, in which LaBeouf wore a paper bag on his head; livestreamed a retrospective of all his films, with him in the audience; livestreamed from an elevator at Oxford University; livestreamed an anti-Trump protest from different parts of the country; and become a meme.

None of that is shown in Honey Boy, Alma Har’el’s film about LaBeouf’s tumultuous childhood and transformative stint in court-ordered rehab, written by LaBeouf. The film switches between his stand-in Otis at age 12 (Noah Jupe), working on a sitcom and living with his dad (LaBeouf) in a cramped L.A. motel, and at age 22 (Lucas Hedges) at the height of Transformers fame, ordered to rehab to mine his childhood and understand his PTSD diagnosis.

We’ve spent a lot of time watching LaBeouf—his “art” and his legal troubles—and in one early therapy scene he sort of sums it up: “I’m an egomaniac with an inferiority complex,” he huffs at his extremely patient therapist, played by Laura San Giacomo. We take that admission into the film, which mostly focuses on younger Otis and his dad, James, a former clown, recovering addict, and convicted sex offender. LaBeouf dominates pretty much every scene he’s in, making James an anxious, erratic, yet sometimes thoughtful storm of pain. But Jupe holds his own as a child who’s expected to be the adult, delivering the line, “You wouldn’t be here if I didn’t pay you,” with the stoicism of someone who’s already seen what’s ahead.

Har’el’s background in experimental documentary film gives Honey Boy a more surreal feel; she captures the farce of Otis having to act out a phone conversation between his sparring parents as well as honied L.A. sunsets and dreamy motorcycle rides. Appropriately, she also experiments with timelines and setting, but there are moments that could have been excised: We don’t really need to see Otis’s notes for what would become Honey Boy with “DAD” written at the top.

The scenes with younger Otis’s sex-worker neighbor Shy Girl (FKA Twigs) are mostly innocent, but her character isn’t given much else to do, or much of a backstory; same goes for Otis’s rehab roommate, Percy (Byron Bowers), and Tom (Clifton Collins Jr.), his Big Brother mentor, whom James is threatened by. At 93 minutes, the film could have expanded its universe a bit, to other characters in pain, because the motel room starts to get claustrophobic. 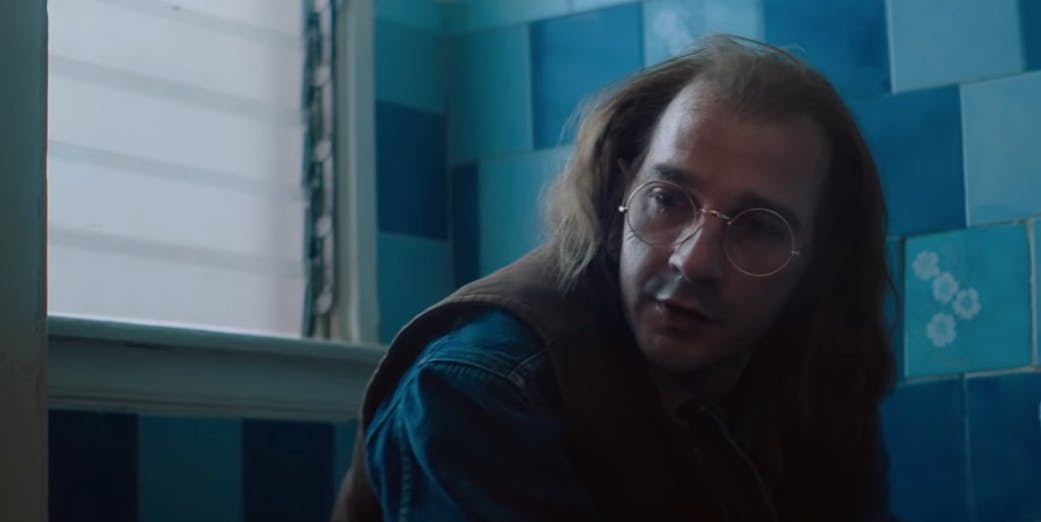 For a movie about the generational passage of addiction, LaBeouf is the only person who could play his father—an egomaniac with an inferiority complex—so accurately, though wondering if he’s playing his dad as he remembers or as he wanted him to be is part of processing Honey Boy. In a recent conversation with Kristen Stewart for Variety, LaBeouf conveyed that when he’s not on set, “Life gets hard,” which perhaps gives some insight into all the cameras he’s pointed at himself in the last few years. It also signals that he’s still working on himself. As an exploration of personal trauma, Honey Boy is exceptional, but it also extends its message of acceptance and growth to others who might need it.