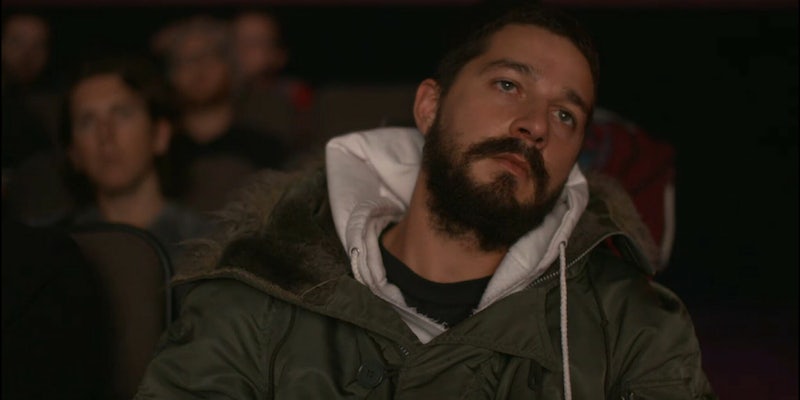 Everything was Shia and nothing hurt.

Shia LaBeouf has been livestreaming himself watching all of his movies, nonstop, since Wednesday. It’s a project he’s calling #AllMyMovies, and while the stream has no audio, it’s surprisingly riveting.

All that’s in frame is the actor, seated at the Angelika Film Center in New York City, as he silently takes in movie after movie. Sometimes he eats pizza, and sometimes a fan will lean in for a selfie, but the real fun part is that you can tell how he feels about his work from the expressions on his face. During Transformers there was a lot of grimacing and eye covering. During The Even Stevens Movie we saw mostly smiles and laughs.

Since the feed basically boils down to Shia being a human emoji, a lot of “same” and “my face when” screenshots have started appearing on Twitter and Instagram:

me watching my twenties go to waste

how you feel eating a gooey breakfast sandwich vs. how you feel afterwards #allmymovies pic.twitter.com/p8tdZm0ci5

Everything was Shia and nothing hurt.