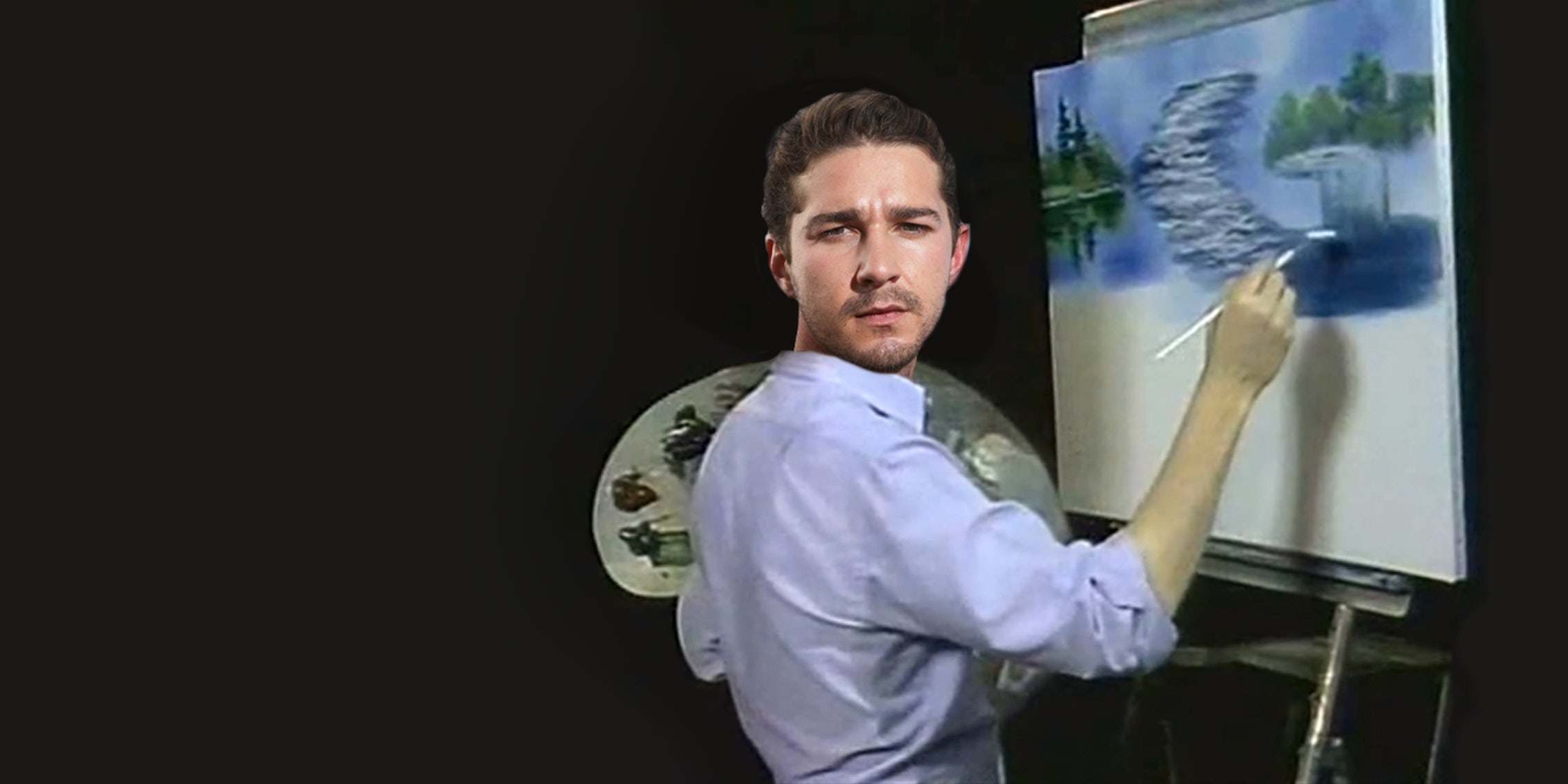 LaBeouf continues his Clowes apology in the sky.

Shia LaBeouf is the ass that won’t quit.

Before the holidays, the actor enraged Daniel Clowes fans by plagiarizing the comic artist’s graphic novel, Justin M. Damiano, for his own short film, HowardCantour.com. He then apologized, but it turns out that apology was also plagiarized. He rung in the New Year by hiring a skywriting team to issue a five-mile-long apology in the sky over Los Angeles that simply stated, “I am sorry Daniel Clowes.” It should be noted that Clowes live about three hours away in the Bay Area.

On his Twitter account, he spent the last few days of 2013 once again apologizing to Clowes and others for his behavior, then shared one of his resolutions:

2014 Resolution – I need to work on being a less controversial tweeter.

Elsewhere, people continued to wonder if he was engaging in some ego-driven performance art or on the verge of a breakdown.

This is by far the most I’ve ever been entertained by Shia LaBeouf.

In a new interview with Bleeding Cool, LaBeouf addressed the issue of plagiarism in the context of art. And his borderline manic answers make it sound like he’s certainly swimming in a lot of ideas. But how many are his? Bleeding Cool has been updating parts of the interview that actually came from other sources. Here’s part of one of his responses about plagiarism and authorship as “censorship”:

“The word law is against my principles.

The problem begins with the legal fact that authorship is inextricably

Despite the law. It’s not plagiarism in the digital age – it’s repurposing.”

Sounds like LaBeouf still doesn’t quite understand the creative process. He also asked, “Should God sue me if I paint a river?”