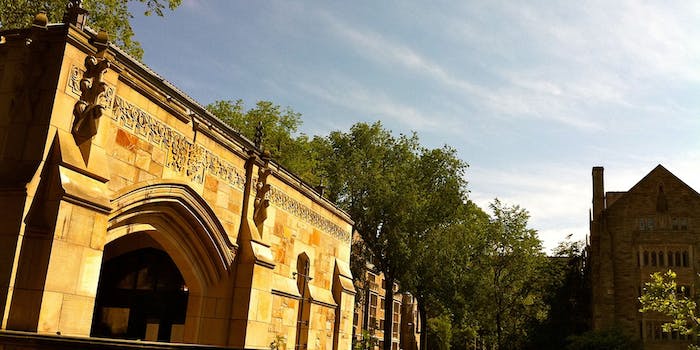 Students found a better way to search for classes, but the university shut it down.

An Ivy League school torpedoed a popular student-created website—and no it doesn’t have anything to with Harvard or Facebook.

Students were in an uproar last week after Yale blocked a popular site intended that helped students choose their classes. Called Yale Bluebook+, the site was created by brothers Peter Xu and Harry Yu in 2012. It was similar to the school’s official course selection website, Yale Bluebook, but boasted improved features, including better options for comparing course ratings and workloads.

According to Xu and Yu, 2,000 of the university’s 5,000 students were using the site when it was unexpectedly blocked earlier this month, right when they were preparing to register for classes. 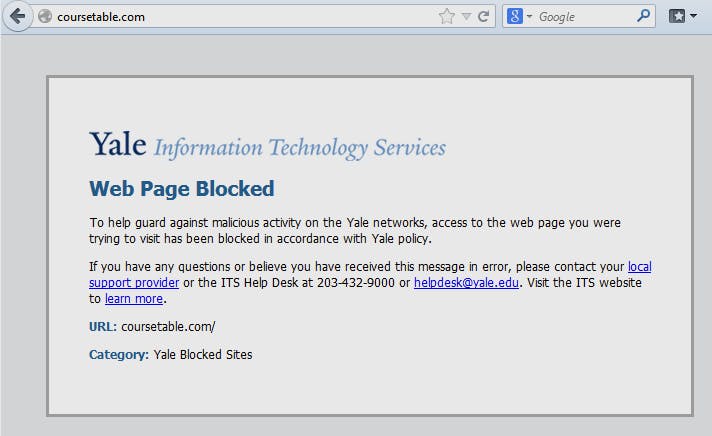 Many of the students also saved lists of their class selections, which they used to finalize their schedules. The university, however, chose this critical time in the scheduling process to block the site’s IP address as “malicious” and force the brothers to take it down under threat of disciplinary action. The brothers complied and were fortunately able to email saved course lists to the students who lost them in the shutdown.

“This was very sudden,” Xu told the Yale Daily News. “We thought they’d work with us to resolve the problems. But they were very straightforward and asked us to shut it down, right at the start of shopping period when a lot of students had worksheets on it.”

The univseristy claimed the borthers had infringed on its copyright by using Yale’s logo and naming the site “Yale Bluebook.” Still, the brothers were optimistic. Yale Bluebook itself started as a student-created, independent website that was later purchased and adopted by Yale.

To mollify the situation, the brothers removed mentions of Yale and Bluebook from the site and renamed it CourseTable. They also removed a function that let users sort classes by rating. The site itself, however, has yet to formally launch, and the brothers say they’re continuing to work with university officials. For the time being, CourseTable’s front page includes only an open letter to the university, includng a list of recommendations for Yale, and other universities, in the future.

“We believe that they have good intentions, and are in talks to restore the service,” the brothers wrote.

“More generally though, there’s a lesson here for other universities too. First, institutions must be less cautious and skeptical about innovation that’s not explicitly sanctioned. Second, Yale and other universities should consider students more carefully when they make their decisions. If Yale had chosen to work with us after the start of the semester instead of shutting the site down immediately, none of this would have happened. Faced with aging IT systems and slow-moving IT departments, students will take the charge to make their own lives easier. Our anecdote can warn other universities about what not to do.”

In the meantime, another Yale student isn’t waiting for a bureaucratic resolution. Sean Haufler, a computer science and economics student at Yale, has created a Chrome extension called Banned Bluebook that bypasses the IP ban and lets students use version of the former Yale Bluebook+.