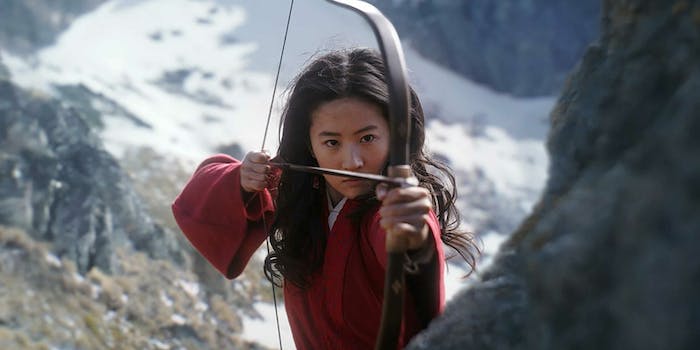 ‘Mulan’ was less popular than ‘Phineas & Ferb the Movie’

The live-action remake was not quite the streaming smash Disney had hoped for.

The results are in, and Mulan was not the blockbuster hit that Disney had hoped it would be. According to Variety‘s new list of the most-watched streaming releases in 2020, Mulan came in at an ignominious sixth place. Number five was Phineas & Ferb the Movie: Candace Against the Universe, an animated film that definitely didn’t receive the same media attention as Disney’s $200 million live-action Mulan.

As Variety points out, Mulan is the only film in the top 30 that required viewers to pay extra on top of their streaming subscription. Its release was something of an experiment for Disney+, asking a $29.99 ticket price for what should’ve been a theatrical release. The mixed reviews likely didn’t help, but the financial element is probably more to blame. Mulan‘s sixth-place standing means that Disney+ may be more reticent to make similar streaming decisions for films like Black Widow.

Above Mulan and Phineas & Ferb, the top four movies were (in descending order), Hamilton (Disney+), Borat 2 (Amazon), My Spy (Amazon), and Extraction (Netflix). Disney acquired the streaming rights to Hamilton in a $75 million deal, which at the time seemed like a massive amount of money but now pales in comparison to that Mulan budget.

As ever, this list raises some questions about Netflix’s internal viewing figures. Variety‘s list was based on a survey of American viewers, asking them which movies they watched within seven days of their release date. It doesn’t take into account films that might be a slow-burn success (like Netflix’s Da 5 Bloods, which may attract more viewers during Oscar season) or a total flash in the pan (like Netflix’s Rebecca, which was promoted on Netflix’s front page during its release week but was poorly received).

Netflix rarely gives out exact viewing figures, and when it does, those numbers don’t make much sense. For instance, the streaming service claimed that movies like The Old Guard, Project Power, and Enola Holmes were “seen” by upwards of 70 million subscribers in their first month of release. This is absurd. In its entire run, Avengers: Endgame sold about 95 million tickets in the US. That was one of the most hyped movies ever made, becoming a culturally ubiquitous property for the past year. The same can’t be said of these Netflix originals. Considering the comparative lack of buzz for something like Project Power, it’s likely that many of Netflix’s “views” only lasted a couple of minutes and wouldn’t count toward the survey results in Variety.

Variety‘s ranking feels more plausible than Netflix’s claims that its original movies are all Star Wars-level hits. Hamilton and Borat are both household names, so it makes sense that they’d be at the top of the list. But while the original Mulan is extremely popular, people just weren’t as enthusiastic about paying $29.99 to watch a live-action remake at home.