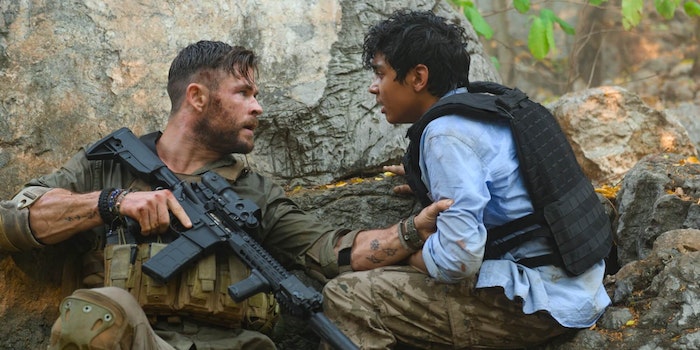 Chris Hemsworth takes a break from the MCU to play a mercenary struggling with personal trauma.

Following the likes of Message From the King, Triple Frontier, and 6 Underground, Extraction is the latest generic Netflix action movie with an A-list lead. This time, it’s Chris Hemsworth, who teamed up with fellow Avengers: Endgame alum Joe Russo and Sam Hargrave. The writing/directing pair traded in the epic scale of the MCU but kept the same level of bombast. Extraction is a propulsive, bone-crunching flick that balances great action scenes with a painfully dull story.