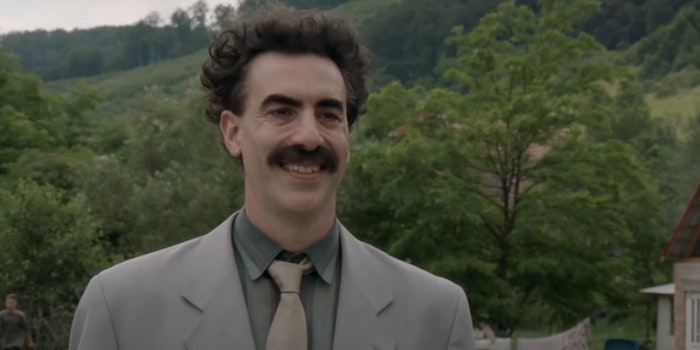 Does Borat's schtick still work when politicians show us who they are every day?