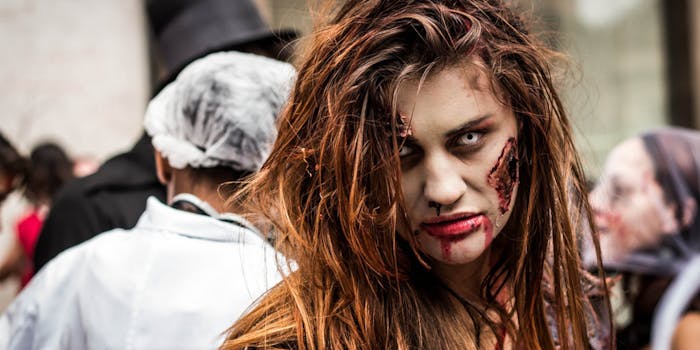 Montana fans of the trashy Steve Wilkos talk show were rudely interrupted yesterday when an emergency alert warned of an imminent zombie apocalypse.

Montana fans of the trashy Steve Wilkos talk show were rudely interrupted yesterday when an emergency alert warned of an imminent zombie apocalypse.

But North Central Montana was actually safe from an undead invasion. The zombie apocalypse had not yet arrived. A hacker had taken over local television station KRTV’s emergency alert system.

The channel confirmed in a statement:

Someone apparently hacked into the Emergency Alert System and announced on KRTV and the CW that there was an emergency in several Montana counties.

This message did not originate from KRTV, and there is no emergency.

Our engineers are investigating to determine what happened and if it affected other media outlets.

The full message from the hacker was as follows:

Civil authorities in your area have reported that the bodies of the dead are rising from their graves and  attacking the living. Follow the messages on  screen that will be updated as information becomes available.

Do not attempt to approach or apprehend these bodies as they are considered extremely dangerous. This warning applies to all areas receiving this broadcast.

Tune in to 920 AM to get updated information in the event you are separated from your television or electrical service gets interrupted.

This station will now cease transmission. So now please use your battery powered radio, tune into 920 AM for more information.

Elsewhere, the message interrupted an infomercial for the Perfect Pancake pancake maker.