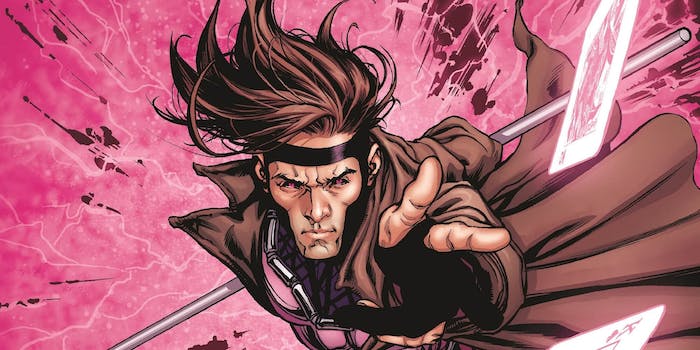 9 Marvel characters who deserve their own TV series

From Storm to Squirrel Girl, these Marvel characters should all have shows on Disney+.

Superhero shows are ten-a-penny, but with the advent of Disney+, we’re about to see an influx of bigger-budget adaptations about Marvel characters. The first few will be MCU movie spinoffs starring famous characters like Loki, Scarlet Witch, and the Winter Soldier, but the next round will introduce some long-awaited faves including Moon Knight, Ms Marvel, and She-Hulk.

With short, high-impact seasons like The Mandalorian, it sounds like the Disney+/Marvel shows will follow more of a “prestige TV” format, replacing the Defenders franchise on Netflix. They also hail a new era of character-focused drama for beloved Marvel heroes, which invites the question: Which Marvel characters deserve their own show? Well, we already have some suggestions.

These Marvel characters deserve their own Disney+ shows

Sexy, intense, and morally ambiguous, Namor is one of Marvel’s longest-running characters, originally launched in 1939. Roughly analogous to Aquaman, he’s the superpowered ruler of Atlantis, often crossing over into storylines involving the Avengers, Fantastic Four, and X-Men—usually as an ally, but occasionally as an opponent. Like Black Panther, his more mature story arcs grapple with leadership, international politics, and resistance against American imperialism, rather than traditional crime-fighting superheroism.

Initially a Z-list gimmick character, Squirrel Girl gained a cult following thanks to the 2014 Unbeatable Squirrel Girl relaunch by writer Ryan North and artist Erica Henderson. If you’re not familiar with her, the name says it all: She’s a young woman with squirrel superpowers. Armed with a goofy sense of humor and an army of squirrels, there’s a running joke that she’s technically one of the most powerful heroes in the Marvel pantheon, defeating a laundry list of infamous supervillains like Thanos.

Squirrel Girl is ideal for a more surreal, comedic comic book show, contrasting with the gritty action of something like Falcon and the Winter Soldier. And we know that she’s already on the Marvel TV radar, because she was previously meant to star in a New Warriors sitcom that sadly didn’t get picked up last year.

Why make a new miniseries about a character with half a dozen movies under his belt? Well, you may as well say the same of Batman or Superman. Most notably played by Ian McKellen and Michael Fassbender, he’s one of the most interesting Marvel villains/antagonists, starring in several excellent movies—and admittedly, several bad ones. However, only a couple of those films gave him a really meaty role, and we can all agree the X-Men franchise tailed off toward the end. As a character with deep (and now especially relevant) political roots, he absolutely deserves his own TV show, charting his evolution as a mutant activist and sometime supervillain.

OK, these guys technically aren’t “a Marvel character,” but we all know it’s high time they got a decent screen adaptation, and they’re arguably better suited to a prestige TV format than yet another blockbuster origin story. Rooted in a retrofuturistic Space Race concept, they’d actually be an excellent choice for a quasi-historical drama set in the 1960s. Think Mad Men, but with superpowers. And preferably with a female showrunner to truly do the Invisible Woman justice for once, alongside Reed Richards’ obnoxious personality.

Created by Neil Gaiman and Todd McFarlane, Angela emerges from the Thor/Xena/Conan the Barbarian tradition of epic fantasy heroes. She’d be an ideal protagonist for Marvel’s answer to The Witcher, and it would be very cool to see a fantasy/superhero show with a queer female lead. Also, Angela’s girlfriend Sera is one of Marvel’s few canonically transgender characters, which would be a welcome first for the franchise.

Iconic yet famously underutilized in the X-Men movie franchise, it’s high time Storm got a vehicle of her own—either as an X-Men team leader and mentor or as a lone hero in her own right. And while origin stories are pretty overexposed at this point, she’s one of the few well-known Marvel characters whose origins would still feel interesting and fresh: A Kenyan princess who becomes one of the core members of the X-Men team, and who (like Thor, Black Panther, and Scarlet Witch) straddles the line between superheroism and the supernatural. She’s a character with an incredibly deep canon of stories and ideas behind her, ready to be adapted by a creative team that really understands her status as Marvel’s most famous Black female hero.

Mutant pop star Dazzler is a perfect choice to deliver a missing piece of the MCU: a superhero musical. Obviously!

We’ve now seen two iterations of the Wasp as key characters in the Ant-Man movies: CEO/superhero Hope van Dyne (Evangeline Lilly) and her long-lost mother Janet (Michelle Pfeiffer). Neither bear much resemblance to the characters in the comics, and they’re both kind of forgettable compared to other heroes with similar screentime in the MCU. Janet is particularly due for a more canonically-authentic reboot: a founding member of the Avengers team, who splits her time between superhero adventures and a successful career as a fashion designer.

Channing Tatum tried for years to get a solo Gambit movie off the ground, to no avail. This fan-favorite X-Man has a lot of personality: a mutant thief who is better known for his love life (particularly his romance with Rogue) than his activities as a superhero. Despite his well-known role in Marvel canon, there’s an unspoken explanation for why he hasn’t had his own movie franchise yet: Gambit is disproportionately popular with women. Intentionally or not, the character often caters more to the female gaze, skewing toward charm and emotional vulnerability instead of the go-it-alone action heroism of other male superheroes. He’d be a fantastic choice for an explicitly romance-focused show.