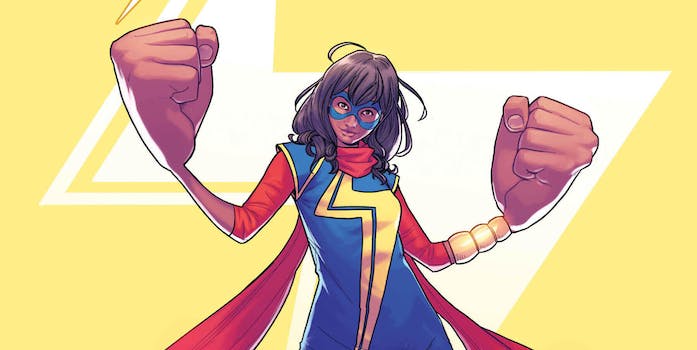 Marvel producer Kevin Feige just revealed an exciting update about the future of the MCU. Speaking to The Hollywood Reporter, he confirmed that superheroes from Disney+ shows will indeed appear in the movies.

This was obviously a no-brainer for the first round of Disney+ TV protagonists like Loki, Scarlet Witch, and the Winter Soldier, who were originally introduced in the films. However, the future was less certain for upcoming heroes like Ms. Marvel, who will be introduced via their own Disney+ spinoffs.

In the past, the connections between Marvel TV and movies were tenuous. Agents of S.H.I.E.L.D. and Agent Carter had relatively close ties to the events of the films, but it was mostly a one-sided connection. Similarly, Netflix‘s Defenders franchise included plenty of references to MCU events and characters, but no one in the movies acknowledged the existence of superheroes like Daredevil. Things will be different for the Disney+ shows, which have much bigger budgets and are under Disney’s full creative control.

Following the first four Disney+ shows about pre-existing characters, Feige is developing shows for Ms. Marvel, She-Hulk, and Moon Knight. According to THR, Feige confirmed that “all three will appear on the big screen after their Disney+ debuts.” This was a particular concern for fans of Ms. Marvel, the franchise’s first Muslim hero, because a TV-only role would inevitably reach a smaller audience than the films.

In the lead up to the Disney+ launch on Nov. 12, Feige has emphasized the close connection between Marvel’s Disney+ shows and the upcoming slate of movies. If you want to understand every element of MCU crossover events then you’ll have to stay up-to-date with Disney+, the first example being a narrative connection between Scarlet Witch’s role in WandaVision, and her appearance in the movie Doctor Strange in the Multiverse of Madness.

Marvel’s first Disney+ show will be The Falcon and the Winter Soldier, arriving in late 2020.