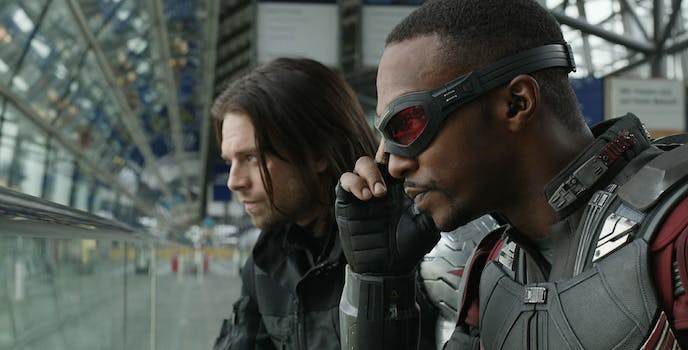 Starring Anthony Mackie and Sebastian Stan, it's the first Marvel show on Disney+.

Falcon and the Winter Soldier cast

Anthony Mackie and Sebastian Stan will (unsurprisingly) star in the title roles. They’re both partway through multi-film contracts (in Sebastian Stan’s case, five films into a nine-film deal), so they may also appear among the ensemble cast of future MCU movies. However, this TV series is the vehicle for their solo storylines. In Sam Wilson’s case, it’s the first time we see him take center stage.

Emily VanCamp and Daniel Brühl will reprise their roles as Sharon Carter and Baron Helmut Zemo (who will be wearing his purple-masked costume from the comics). Wyatt Russell is the final member of the core cast, playing the Captain America comics character John Walker/U.S. Agent, an authoritarian riff on the original Cap.

Malcolm Spellman is the show’s lead writer. He’s known as one of the key writers and producers behind the TV series Empire, and he’s developing the controversial HBO series Confederate with Game of Thrones showrunners David Benioff and D.B. Weiss. In July 2019, writer Derek Kolstad (John Wick) joined the team.

Kari Skogland will direct all six episodes. She has extensive experience directing TV shows ranging from dramas like The Handmaid’s Tale and Queer as Folk, to action/adventure shows like Vikings, The Punisher, and Fear of the Walking Dead.

Falcon and the Winter Soldier plot

The show takes place after Avengers: Endgame, following Steve Rogers’ decision to pass the Captain America mantle on to Sam Wilson. So while Sam is better known as the Falcon, he will probably be Captain America in the show, while Bucky may go by the callsign White Wolf.

While we don’t know the show’s exact setting, we do know that it will have closer ties to the movies than previous MCU shows on ABC and Netflix. Each of the upcoming Disney+ shows stars prominent characters from the movies and are being released directly by Disney/Marvel, rather than a TV subsidiary.

Filming began in October 2019 and continued on to March 2020, at which point they had to hit pause due to the pandemic. The show is expected to resume filming on location in the Czech Republic in August, wrapping up a few remaining scenes. This puts The Falcon and the Winter Soldier on track for a premiere in late 2020, although Disney+ hasn’t confirmed a specific release date yet.

Falcon and the Winter Soldier trailer

We can expect a full trailer sometime in fall 2020, but to tide you over, here’s a teaser featuring a few clips from Disney+’s first three Marvel shows: