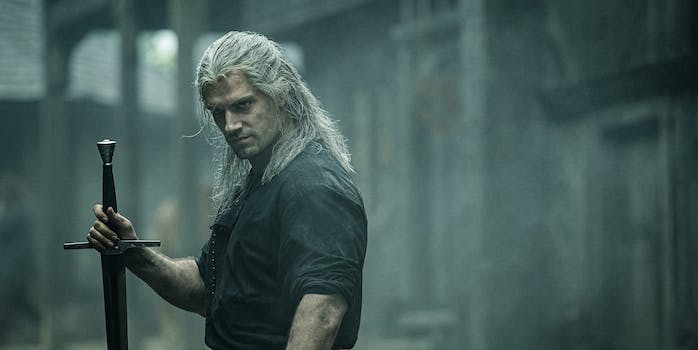 Review: Netflix’s ‘The Witcher’ is a dull, confusing disappointment

While the female characters get much better roles than in the game, 'The Witcher' definitely isn't the next 'Game of Thrones.'

The Witcher’s first episode is so awful that if you want to watch the show, I recommend skipping straight onto episode 2. This kind of situation is why Wikipedia plot recaps were invented. Along with being sexist, dull, and poorly written, the basic filmmaking in that first episode is downright bad. The lighting and digital color correction would be subpar for a dream sequence in an old Stargate episode, never mind a big-budget Game of Thrones wannabe. It’s very clearly a tester pilot that should never have been aired, and the quality picks up immediately in episode 2.

RELEASE DATE: 12/20/2019
CREATOR:  Lauren Schmidt Hissrich
STREAMING: Netflix
With muddled storytelling, unmemorable worldbuilding, and a bland lead actor, ‘The Witcher’ doesn’t measure up to the panache and thrills of ‘Game of Thrones.’

Based on the fantasy novels by Andrzej Sapkowski, most viewers will probably know The Witcher from its video game adaptations, where the mutant warrior Geralt of Rivia roams around as a freelance monster hunter. The show takes much of its aesthetic from the games (including Henry Cavill’s chiseled appearance; an eerily good fit for Geralt), but the plot content is noticeably different. For one thing, there are far more female characters, and showrunner Lauren Schmidt Hissrich hired a relatively diverse cast for the quasi-European fantasy setting.

While Cavill is the famous face, it’s actually a three-lead show with three distinct storylines, co-starring the Anya Chalotra as the trainee witch Yennefer, and Freya Allan as Ciri, a fugitive teen princess. These two young women are much more interesting than Geralt, partly because they have solid character arcs, but mostly because Henry Cavill is a block of beautifully carved wood. 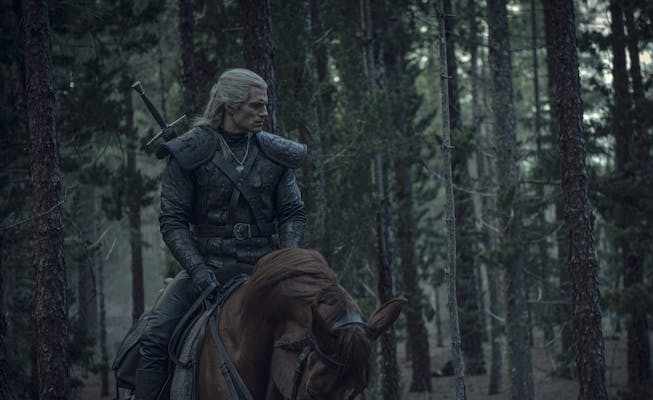 Geralt is already kind of a hard sell, performance-wise: A stoic, laconic action hero whose magical mutations make him less emotional than normal humans. To make him a compelling character, you need a level of subtlety and gloomy charisma that Henry Cavill simply does not possess. He’s a skilled athlete and I know people are looking forward to Geralt’s steamy bathing scenes, but as soon as he has to give a speech or provide a dramatically important reaction shot, things fall apart. Even in that dodgy pilot episode, the teenage Freya Allan was acting him off the screen. His wig, I might add, does not help. Combine that with the black eyeliner Geralt sprouts when he drinks a power-up potion (yes, that’s a thing), and you sense a definite hint of 1990s vampire TV.

Tonally, The Witcher is an odd mix between the adult-rated grit of the Game of Thrones era, and the episodic storytelling of classic fantasy shows like Xena: Warrior Princess—without the sense of humor, unfortunately. Geralt mostly gets monster-of-the-week missions, sometimes accompanied by his sidekick Jaskier (Joey Batey), whose role is roughly akin to Paul Bettany’s hilarious turn as Chaucer in A Knight’s Tale. Entertainingly frivolous, he’s a bard who becomes Geralt’s hypeman as they travel between towns that need a Witcher’s monster-slaying services. It’s an old idea to pair a gruff character with a zany, Disney-style sidekick, but it works. Batey brings charm to corny musical numbers that belong in a totally different show (oh Galavant, how I miss you!) while Geralt looms dourly in the background.

Netflix sent critics a list of forbidden spoilers as long as your arm, so there’s a limit to how much I can actually say here. A lot of story elements will be familiar to fans of the games, although I’m curious to see how much is understood by new viewers. Between Geralt’s adventures, and Yennefer and Ciri’s coming-of-age stories, the show features a hell of a lot of characters and locations, and I often found myself resorting to the Witcher game wiki to figure out what the hell was going on. For a show that really isn’t that complicated, it’s surprisingly confusing. 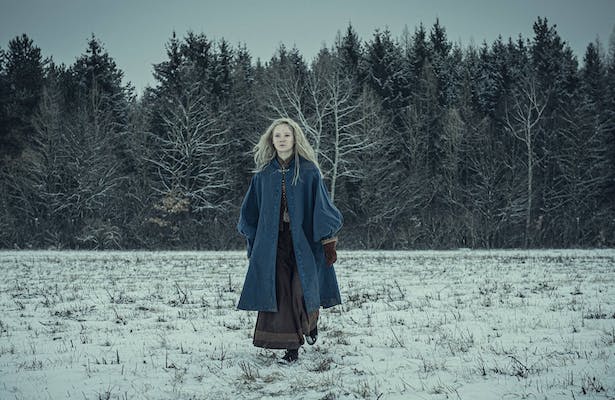 The Witcher might benefit from one of those elaborate maps that fantasy novelists love so much, preferably shown onscreen each time we move to a new location. We’re constantly traveling between villages and kingdoms, but it’s hard to keep track because all the castles got their decor from the same Medieval Ikea. The difference in local accents (Polish, English, Welsh, etc.) barely helps when the crowds of peasants are dressed the same, and we have little idea of the geopolitical situation aside from “elf racism exists.” Are we in Cintra? Skellige? Nilfgaard? More to the point, what are those places? I don’t want to lean too hard on Game of Thrones comparisons here, but for all that show’s faults, it wasn’t hard to differentiate between King’s Landing and Winterfell.

Based on five of the first season’s eight episodes, The Witcher isn’t something I’d recommend unless you’re already invested in watching Henry Cavill chop up CGI monsters. The best I can say is that the female characters are refreshingly well-written compared to the overall quality of the show, although you’d be amazed at how many magic spells require women to strip off. (Geralt’s various bathing scenes balance the scales somewhat, but seriously.)

Bolstered by the popularity of the video games, the show will probably attract an audience of fantasy fans over the holiday season, but The Witcher’s straightforward appeal is let down by muddled worldbuilding and a bland lead actor. I might forgive the confusing storytelling if there were any compelling relationships to dig into, but since all three protagonists are basically solo acts, there just isn’t enough to work with.

The Witcher is out now on Netflix.