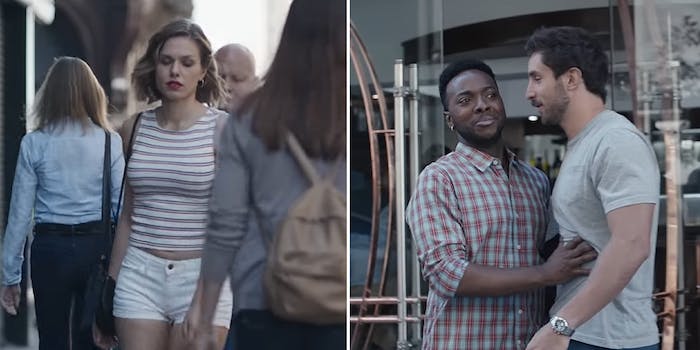 The year in memes—so far.

The year 2019 has only just started, but we’ve already seen several memes and viral challenges take hold of the internet. We’ve already got AirPods memes, Shen Yun memes, the 10-year challenge meme, and more. But how will the crop of best memes of 2019 compare to 2018, which gave us Tide Pods, Elongated Muskrat, Bongo Cat, Gritty, and a seemingly endless stream of SpongeBob SquarePants memes? We’ll have to get through the year to find out. (Let’s hope it doesn’t feel as long as 2018.)

Here’s our ongoing list of the best memes of 2019, broken down by month.

1) How hard did aging hit you?

The first viral challenge of 2019 originated on, surprisingly, Facebook. People began sharing their first profile photo side-by-side to their current one. Soon, the challenge turned into a meme that spread on every social platform. By the middle of the month, people began referring to it as the 10-Year Challenge, since people often shared photos that were taken roughly 10 years apart. It then became an educational meme to show the effects of climate change.

Apple released AirPods, the wireless in-ear headphones, two years ago. But they reached meme status in late 2018, when many people were gifted AirPods over the holidays. People began Photoshopping the headphones onto images, and it took off from there. Then the meme became combined with the waves hairstyle meme, and it led to memes like the one above featuring Thanos.

In the middle of January, Gillette ran an ad that took a hard look at toxic masculinity and the #MeToo movement. Conservative men hated it. But the meme community saw the ad and noticed some great material for a meme. One scene featuring a man holding another man back from hitting on a woman in the street became a popular two-panel meme on Reddit. Think of it as 2017’s Distracted Boyfriend with a twist.

The “some of y’all” meme is a fill-in-the-blank, text-based meme for amplifying your hottest take or revealing a personal truth about yourself. The meme was a hit on Twitter in January, and many people are still using the format for jokes.

An ad for Shen Yun’s Chinese dance performances became a meme because, well, it was everywhere. The memes usually involve Shen Yun trying to get your attention. We don’t know if the memes actually worked in attracting audiences to the performances, but hey, they’re still some of the best memes of 2019 so far.

A petition to put Shaggy from Scooby-Doo in Mortal Kombat 11 relaunched Shaggy memes. The memes are an offshoot of the Ultra Instinct Shaggy meme and depict the character as someone with incredible power.