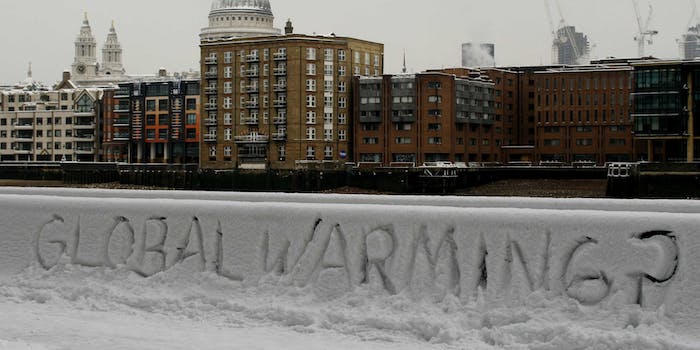 Earth has not aged well.

It’s official: We are still under the spell of 2019’s first viral photo challenge. Since last weekend, people have been using the “How Hard Did Aging Hit You” challenge, aka the #10YearChallenge, to share awkward photos from puberty or whatever uncomfortable stage of life you’d like to now own.

But it’s not all fun and games. Some marginalized communities may not want to participate out of safety concerns. Others are taking the opportunity to address an issue that’s slightly more urgent than selfies: climate change. In fact, the #10YearChallenge appears to be the perfect hashtag to document the effects of an issue that’s usually measured over the span of months or even a few years.

The 10 years challenge we should really care about…

10 year challenge & this is not a freaking joke! Instead of posting your #%**’sses posing with bigger this or smaller…

The only #10yearchallenge you need to care about is actually a long one.. #ClimateChange #climatechangeisreal help the planet install solar PV in your home, eat less meat, drive electric including e-bikes on the daily routine.. 🌎 ⚡️ pic.twitter.com/UeDd7JBOVK

Take a moment today to remember our biggest #10YearChallenge!

We must act now, change our lifestyles and hold our leaders accountable. We may not get more than another 10 years to do so. #GlobalWarming #ClimateChange pic.twitter.com/MNnNgQ0EX9

Except 6 months change instead of 10 years and icebergs instead of profile pics. Oh yeah climate change is real. #10YearChallenge https://t.co/RlxkMbdLTd pic.twitter.com/QvBcPySVre

Take a moment today to remember our biggest #10YearChallenge!

We must act now, change our lifestyles and hold our leaders accountable. We may not get more than another 10 years to do so. #GlobalWarming #ClimateChange pic.twitter.com/MNnNgQ0EX9

Organizations chimed in as well.

The real #10yearchallenge? Climate change. According to @IPCC_CH #SR15, we have just over 10 years to #ActOnClimate before we cause irreparable damage to our planet. Take our free course on #ClimateAction and become a part of the solution. Enroll now! https://t.co/puzQgIiUoQ pic.twitter.com/Ujz7kEAnoH

From melting icebergs to rising sea levels to immense pollution, these memes make clear the Earth is on literal fire. Be sure to drop one of these on your climate-denying relative next time they cry “fake news” over global warming.