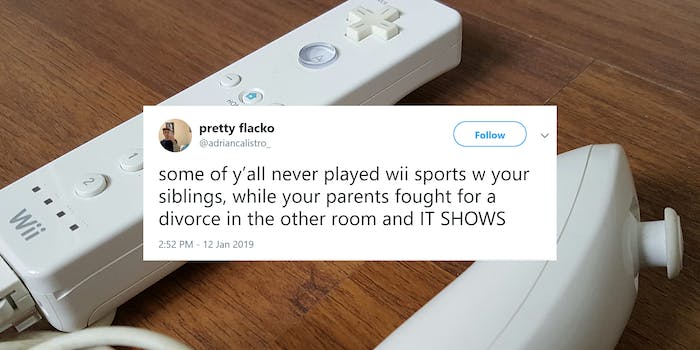 Everyone can get in on this simple meme, but how long will it last?

The 2019 meme season is well under way. It started when the #10YearChallenge turned from earnest picture posting to a viral meme and now, as we head into the second half of January, we have “Some of y’all… and it shows.”

As with many of the great meme formats, it’s easy to understand and you can plug almost anything into it. This is what made things like “Distracted Boyfriend” so popular. Of course, that meme required downloading a picture, coming up with a label for all three characters, and at least a minimal amount of photo editing. “Some Of Y’all” is text-based and you only have to come up with one thing. It’s the simplest possible format. It’s a Mad Lib with one blank. It’s memes boiled down to their essence. If you’ve always wanted to get into making memes but were too intimated, now is your chance. It’s really hard to go wrong with this one.

Some of ya'll didn't record songs from the radio to cassette tape so that you could listen and rewind 100x to write down the lyrics in a spiral notebook and it shows.

Some of ya’ll never pretended to be a teacher in 2010 and it shows. pic.twitter.com/XoNgYySaza

Be super earnest and judgy.

Some of ya’ll don’t know how to be alone and it shows.

Some of ya'll didnt pay attention when your grandpa was teaching you to say "Yes sir" or "Yes ma'am" or to respect others and especially yourself.. and it REALLY shows

some of ya’ll have never listened to this legendary 6-stages high note by Yoo Hweseung aka the super-power-maknae-vocal (according to himself) and it shows pic.twitter.com/ZPABTsKfYB

Some of ya'll have never been hit in the ankle by a scooter and it shows.

Some of ya’ll don’t love your water and wastewater #infrastructure and it shows. pic.twitter.com/gx8XtzHPIy

Some of ya’ll know how to use AirPods & not dental floss and it shows . pic.twitter.com/GtAD1A70T8

Or even downright confrontational.

Not surprisingly, brands have jumped on the trend to start selling us things. They mainly opt out of using “Some of ya’ll” and go with the more straight-laced “Some of you” like a bunch of squares.

Some of you have never received an end piece of a baguette as your side and it shows.

Some of you haven't had Whataburger this week and it shows

Some of you have never had to reconcile being a peanut while also advocating for the consumption of peanuts and it shows.

Does such a basic meme have any real staying power? Sure, it’s fun to remind people that Drake & Josh was a thing you watched instead of doing your homework, but how long exactly will that remain viable or interesting? With a meme format this simple and ubiquitous, it probably won’t be long before you receive a text from your mom saying, “Some of ya’ll haven’t texted your parents this week and it shows.” That’s when you’ll know the party is over.

If “Some Of Ya’ll…” is going to stick around, it’s going to have to evolve into something new in the next few weeks or it’s going to end up in the meme graveyard hanging out with “Charlie Bit My Finger” and “Chocolate Rain.”