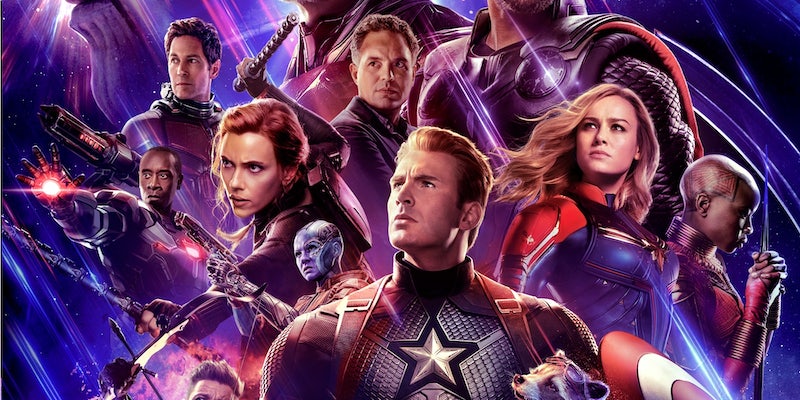 Everything we know about ‘Avengers 5,’ the sequel to Marvel’s ‘Endgame’

'Avengers 5' could include the X-Men, the Fantastic Four, or even Blade.

Avengers: Endgame was the end of an era, wrapping up Phase 3 of the Marvel Cinematic Universe. With Iron Man and Captain America out of the picture, we have four heroes left from the original Avengers team: Black Widow (who has a solo film out in November 2020), Thor (who has a fourth movie on the way), Hawkeye (soon to star in a Disney+ show), and the Hulk. Black Panther, Captain Marvel, and Tom Holland’s Spider-Man are expected to lead the next Avengers team, but what does that mean for the mysterious Avengers 5?

The next Avengers film

After the epic fallout of Avengers: Infinity War and Endgame, Marvel plans to take a break from Avengers movies for a while. The studio needs to spend time building up the new generation of heroes, introducing the Eternals and Shang-Chi over the next couple of years. There are also plenty of sequels in the works for characters like Doctor Strange and Black Panther, along with speculation about when Disney will reboot the X-Men.

Yes, Avengers 5 could indeed be an Avengers vs. X-Men movie. Or an Avengers/X-Men team-up, in the long tradition of Marvel crossover comics. Until recently, the two franchises were separate because they were owned by different studios, but ever since Disney acquired 21st Century Fox, Marvel fans have been clamoring for the X-Men to join the MCU. And, of course, there’s the question of the Fantastic Four. They’ve never achieved the same Hollywood clout as the X-Men, but they could also join the MCU in the near future, bringing (almost) all of the biggest Marvel characters together in the same universe.

When will Avengers 5 come out?

Avengers 5 doesn’t have a release date yet, or indeed a director or title. All we know is this rather equivocal statement from Disney boss Bob Iger: “Given the popularity of the characters and given the popularity of the franchise, I don’t think people should conclude there will never be another Avengers movie.” Like, duh. Obviously Disney will keep making Avengers films, because they like to make money. The real question is when Avengers 5 will slot into the MCU calendar.

Marvel’s release schedule is already packed with movies through 2022: Black Widow, The Eternals, Shang-Chi, Spider-Man, Thor, Doctor Strange, Black Panther II, and Captain Marvel II. Then we have sequels for Guardians of the Galaxy, Ant-Man, and (in theory) Deadpool. At Comic-Con 2019, Marvel boss Kevin Feige confirmed that there were ideas in the works for the Fantastic Four and some kind of mutant-centric movie, but didn’t specify what or when. The other big new franchise is Blade, starring Mahershala Ali. Apparently he’ll make his MCU debut in Phase 5, so we’ll have to wait until at least 2023 to see that one.

Kevin Feige said in 2014 that he has MCU storylines plotted out until 2028. Which is, in a word, wild. Those ideas have surely changed since the Disney/Fox merger, but it’s still clear that Feige and Disney are playing the long game here. That includes planning release dates years in advance, and there are several unclaimed dates on the Disney calendar: October 2022, and February, May, July and November 2023. It’s easy to imagine Avengers 5 slotting into one of those summer 2023 release dates.

What will Avengers 5 be about?

Speculation about X-Men and the Fantastic Four aside, Avengers 5 will likely have a different tone than its predecessors. While the original Avengers felt groundbreaking in 2012, it now feels kind of dated. And if Disney attempts to outdo the epic scale of Infinity War and Endgame, it’s doomed to fail. The first three phases of Avengers team movies followed a fairly traditional model for Avengers crossover event comics, and considering the franchises that Marvel is prioritizing now… Avengers 5 is likely to be a lot weirder.

The early years of the MCU focused heavily on the military-industrial complex, headed up by Iron Man, Captain America and SHIELD. Disney even made Spider-Man into a quasi-militarized hero, discarding his working-class underdog roots and giving him a high-tech drone suit. But a lot of the newer heroes follow a different tone. Obviously we already have Thor and Doctor Strange (and to a lesser extent Scarlet Witch) introducing a more fantastical side to the MCU. We’ve also seen more space opera antics in the form of Guardians of the Galaxy and Thanos. Black Panther, meanwhile, is perhaps the most high-concept Marvel movie to date. And in the next couple of years we’re going to get the Eternals (who are weird as heck), a martial arts franchise with Shang-Chi, and then Blade. Which means vampires.

More on the Marvel Universe

The best order to watch the Marvel Cinematic Universe

The top 30 female superheroes of all time

‘The Falcon and the Winter Soldier’ on Disney+: Everything we know

Phases 4 and 5—and by extension Avengers 5—will probably have a very different atmosphere from the early years of the MCU, and that’s not a bad thing. Tastes have evolved, and so has the political climate in America. Audiences may be less interested in a movie where a CIA-like government agency takes center stage, and where weapons manufacturers are heroes. A more fantastical tone feels like the right direction, potentially resulting in an Avengers team-up involving mutants, aliens, wizards, and a vampire-hunter. We can but hope.