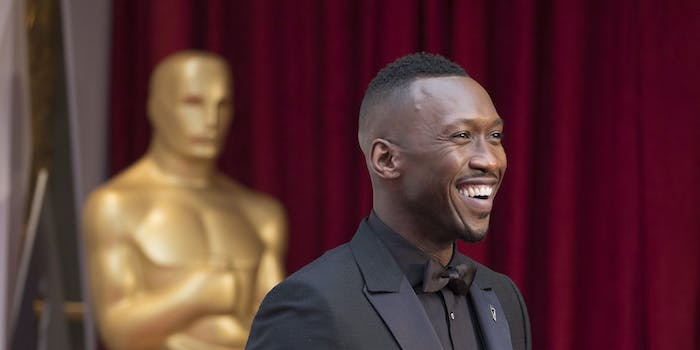 We should have seen this coming, but Mahershala Ali’s Blade movie won’t be part of Marvel’s Phase 4.

The Blade reboot is already an unusual move for Marvel Studios, announcing the lead actor before a director or writer is in place. Usually, Marvel develops a script and/or hires a director before starting the casting process, but Ali totally makes sense as an exception. After winning his second Oscar for Green Book, Ali arranged a meeting with producer Kevin Feige and pitched the idea of playing Blade. Feige, who isn’t an idiot, quickly accepted.

In an interview with MTV News at San Diego Comic-Con, Feige said that Phase 5 is already mapped out, but they decided to only announce Phase 4 titles for now. That’s 11 projects over two years, including the new live-action Disney+ shows, Black Widow, The Eternals, Shang-Chi and the Legend of the Ten Rings, Doctor Strange in the Multiverse of Madness, and Thor: Love and Thunder.

Blade is the first officially announced movie of Phase 5, but like the rest of Phase 5, it doesn’t have a release date yet. Those films will come out in 2022 and 2023 when we can also expect sequels for Black Panther, the Guardians of the Galaxy, Captain Marvel, and Spider-Man. Plus, most likely, the new Avengers lineup.

This means Ali’s Blade is at least three years away, maybe four. But after Marvel’s long habit of announcing films years in advance, fans should be used to this kind of tantalizing wait.