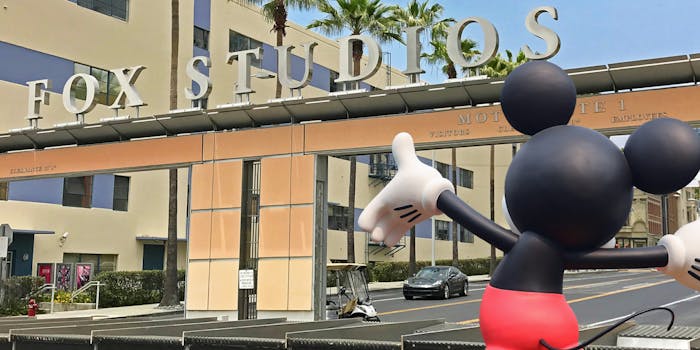 The Disney-Fox deal is finalized

Here's what you can expect.

Disney and 21st Century Fox have announced that the historic deal between the two companies has been finalized.

The deal will go into effect March 20 at 12:02am ET: 21st Century Fox and Fox will now be two separate and public companies.

First announced in December 2017 (with new terms unveiled in June 2018), Disney will absorb most of 21st Century Fox. It’s worth approximately $71.3 billion and will encompass all of Fox’s film and TV studios (the latter including cable networks like FX and National Geographic), Fox’s stake in Hulu, and its international assets. Fox News, Fox Business, Fox’s broadcast news stations, and Fox Sports will remain under the control of Fox Corp., which will become its own company; former House Speaker Paul Ryan will be on Fox’s board.

Shareholders approved of the deal last July, but the official date for the acquisition to go into effect was delayed due to waiting for regulators in Mexico to sign off on the deal.

With the deal, Disney (which already owns Marvel Studios, Pixar, and Lucasfilm on top of its own studios) will also obtain the rights to franchises like Avatar and the X-Men. It’s the last one that makes some fans at least intrigued at the possibility of a united Marvel Cinematic Universe.

But while the Department of Justice approved of the Disney–Fox merger last year, critics are concerned about several aspects. They have concerns over Disney having a monopoly over much of cinema (and barring access to those who write negative stories about Disney) and the artistic freedom of several Fox film studios given Disney’s more family-friendly fanfare. There are also concerns about those who will feel the brunt of Disney’s cuts that it promised to make in the wake of the deal; according to the Hollywood Reporter, around 4,000 people will lose their jobs once the deal goes into effect.

At least one person is having fun with it. Ryan Reynolds, the star of the Deadpool films—which Disney CEO Bob Iger has assured would remain R-rated in the wake of concerns that Disney’s involvement would result in sanitized sequels—shared a new photo to acknowledge the deal being finalized. In it, Deadpool is aboard the Disney bus, ready for the first day as the new superhero on the block.