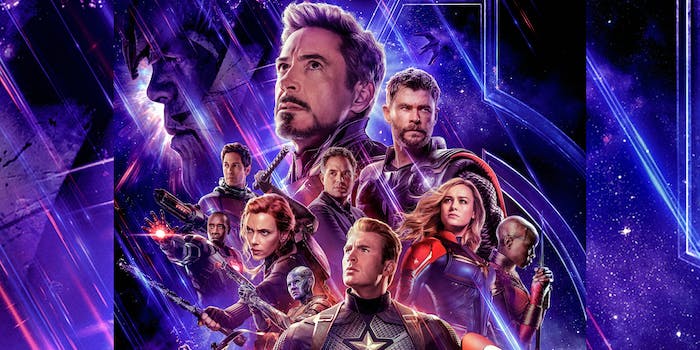 The 22nd film in the Marvel Cinematic Universe delivers the ending we've earned.

This review contains no spoilers.

From the get-go, the odds are stacked against Avengers: Endgame. Not financially speaking; its success at the box office is practically guaranteed. But Endgame had a Thanos-sized task ahead of it (naturally, with all six Infinity Stones fully intact): It had to be a film that not only picks up the pieces after Avengers: Infinity War but also acts as an end to a 22-film franchise.

Fans need not fear. Endgame mostly sticks the landing with a satisfying conclusion, providing a final act to the Marvel Cinematic Universe that emotionally resonates in surprising ways. It’s full of thrills on an even grander scale than ever before (and the bar was already pretty high to begin with), and it’s a massive love letter to everything that came in the MCU before it.

Left completely devastated by the events of Avengers: Infinity War, Marvel’s surviving superheroes gather to take another shot at Thanos.

Is Endgame a bit self-indulgent at times? Of course, it is. It calls back to some of Marvel’s previous hits in unexpected ways, some of which are an absolute delight, without being too on-the-nose. You can even argue that bits and pieces of Endgame’s three-hour runtime could’ve been shaved down. But it’s extremely difficult to pinpoint which parts: the film largely uses that time to its best possible advantage and only slightly lags in small sections. It’s easy to forget that you’re sitting through a three-hour movie, though it certainly doesn’t feel that way after the fact. But if any franchise has earned the right to play in the sandbox a little longer, it’s the MCU. 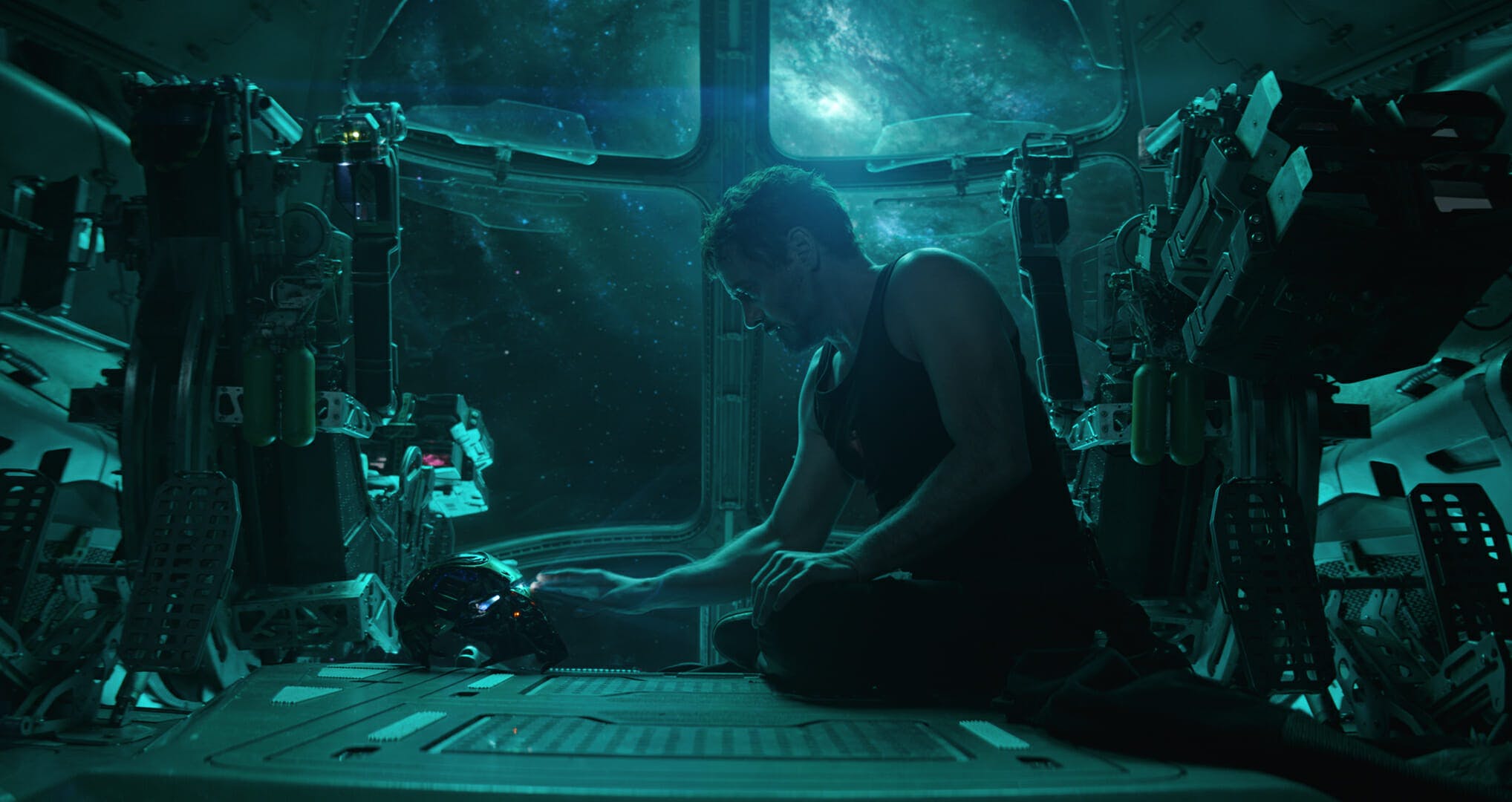 If Infinity War was a giant stab to the heart, Endgame is a bittersweet salve. It delivers on the kinds of promises made one, two, or 20 films ago, but there’s a somberness to it all. It’s not just in finding out the fates of characters we’ve known for more than a decade—although, for some viewers, that will certainly be part of it—but also in letting it all sink in. The most surprising thing about it is that we’re given more than enough time to work through the grief within the span of the film.

And we need that time. Directors Anthony and Joe Russo and screenwriters Christopher Markus and Stephen McFeely all know that you’re grieving and give you (and the characters who are left) the time to sit with the pain—and the guilt—that many of them feel in the aftermath of facing Thanos. It doesn’t ignore any of it to let the characters keep face. They’re characters who’ve never really lost or failed before, and the Avengers all handle that lofty burden in different ways, offering both clarity and flashes of full-on humor. 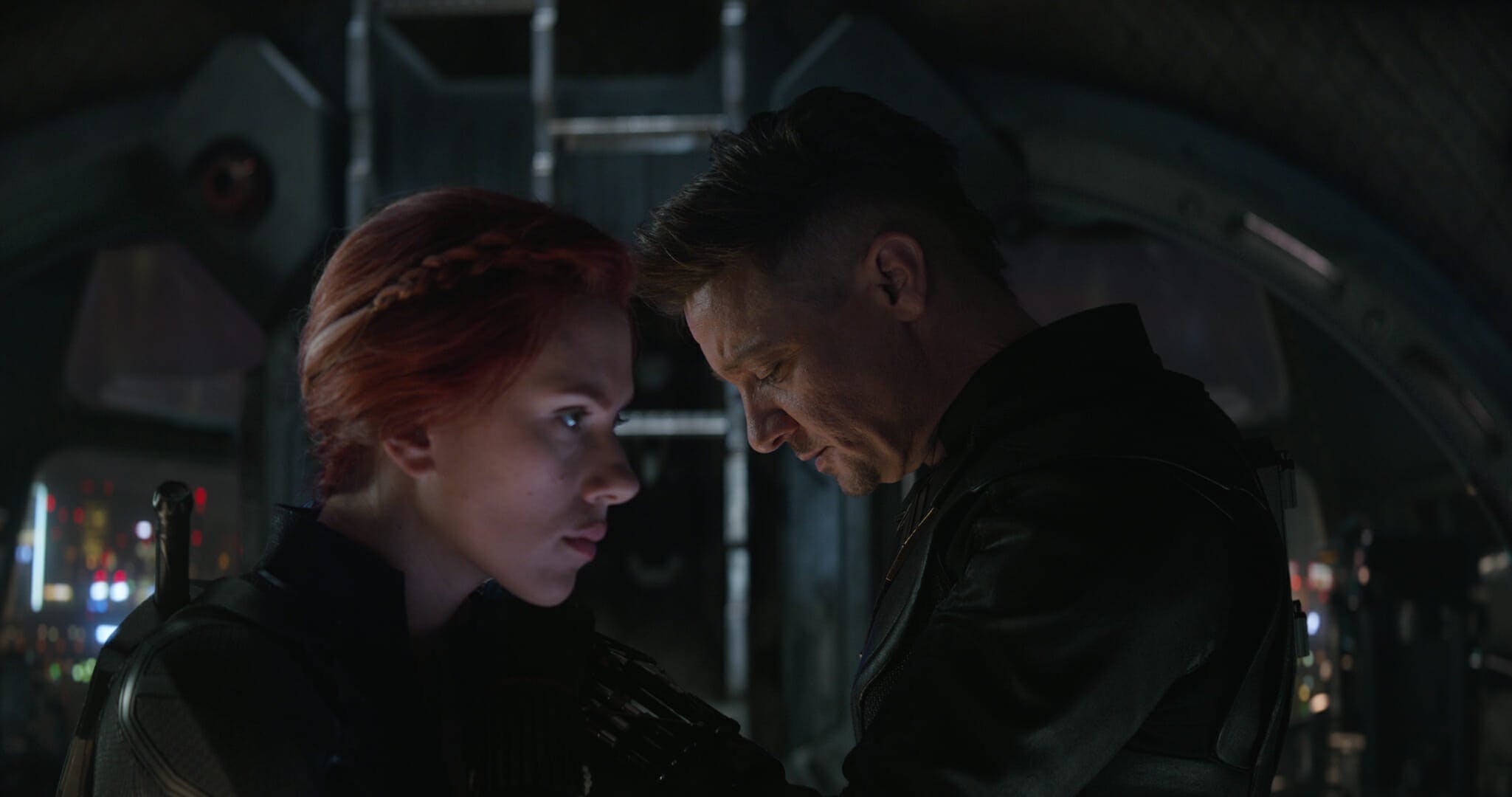 Those who have fallen aren’t forgotten; they’re often a weighted shadow in the distance. They’re often the driving force of the film, something that would never work if fans weren’t already invested in them in the first place. It rewards those who’ve prepared for Endgame with binge-watches.

As Endgame takes us around the globe and to the far reaches of the galaxy with both completely familiar and surprising team-ups among the Avengers, some of its journey to the end feels like a step-by-step road map, one that becomes more transparent the further along the road it goes. But it’s largely a triumph within the MCU and even out of it, a seemingly impossible feat brought to life both on a grand and emotional scale.

It sticks the landing enough that you won’t quite mind the plot manipulation and shortcuts that it sometimes takes. You can forgive parts of its flaws and it getting lost in itself for the grandeur it produces or the character moments it creates. Many of the characters who were on the sidelines for much of Infinity War finally get their due in Endgame. It’s more about the sum of its parts. Endgame certainly had a lot to answer for from Infinity War, and it could’ve taken the easy way out in resolving those questions. But in facing some of those hard truths, sacrifices, and striving to do “whatever it takes,” as Captain America and the surviving Avengers repeated to each other in one trailer, it takes a more fascinating route to its end. And in that, it shows just what people have loved about the MCU for so long. It’s not just about who wins the day or who dies. Endgame is just as much about how they lived—and in its telling, it’s a far more interesting story for celebrating the people behind the masks than the punches they throw.